After 2 years and 2 months, the Brigade Battles is wrapping up.
Thanks to all for participating and I hope it has been fun.

Both sides have taken a beating.
The Axis brigade has about 36% of its original strength and the Soviet brigade about 38%.
Both sides' armoured regiments have been almost annihilated, each having over 80% losses.

Do you guys want to see the final map with no Fog Of War?
Do you want to have the password protections lifted on the hidden forums to view the various DAR's and between turn discussions? Not even sure if this can be done, but I think so.

I think @Badger73 made a campaign ribbon for this at some stage. I'm not sure if it is attached to people's avatars by admins @Bootie?

@Concord let me be the first to congratulate you on running this campaign, two+ years of GMing is a heck of a long tenure but you stuck it out and kept this thing rolling despite a false start, real life commitments, player egos and tempers, CO egos and tempers , player burnout and random disappearances.

It goes without saying that you were the ever patient linchpin holding it all together, and I feel many other GMs would have given it away long ago.

To my lads, thankyou to those who participated, even if it was only for a single battle, and especially those who put effort into good and constant DARs, @Guardsman and @Rik_atc were particular standouts in this area. Keeping an eye on a battle in progress is one of the things which makes the effort worthwhile, especially for the COs and GM.

I would definitely like to see the final map and open up the forums for seeing how the battles panned out from the opposite side.

Concord said:
Do you guys want to see the final map with no Fog Of War?
Click to expand...

Yes please, although I think I know where they are.

Thank you @Concord for running the campaign, I know it takes a lot of effort.
I think we won as we captured the most VP's.

Stafford summed it up so there's not much I can add except for a hearty thanks and well done.

To a great campaign! Cheers! 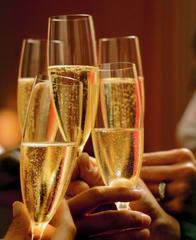 Thank you for the campaign and your patience! I enjoyed the campaign. I joined it pretty late in the cycle, felt like there was a big fire that needed to be put out. Hopefully, I made some small contribution to my side.

Bravo Zulu for all your hard work and dedication keeping this tournament going for over 2 years!

Thank you for hosting the campaign, it must have take a few man hours away from your free time over the two year period. Thanks to all the axis commanders for putting up a hell of a fight. And last but not least, thanks to all the soviet commanders and the CO, both those still in command and those spending their holidays in Siberia.

The Brigades Battles campaign has concluded. It went for 2 years and 2 months!

Sometime when you guys get a chance please...
- Could you open up the hidden, password protected Axis and Soviet forums for viewing?
- Could the following guys get their campaign ribbon attached to their profiles?

Thanks to Bootie and all the admins for supporting the campaign over the years (hosting, website, forum and password admission for new players).

Wow - a two-year campaign!
Why are the towns on the map named using a mix of Polish given names and surnames?

They are all based on Polish fighter aces from WW2 (and the location of the map is semi-historically based in Eastern Poland).
That seemed a cool way to make up Polish sounding town names. I used a mixture of first and last names at whim.
Last edited: Jul 3, 2022

That explains it - now I see Zumbach and Gabreski (an American, wasn't he?). I thought it would be funny to fight for places called like John, Frank or Smith
Anyway, I find it amazing that a project like this could go for two years until conclusion - that's a lot of dedication. Congratulations to @Concord and everyone involved.

Yeah great job @Concord this was without a doubt an impressive long running cam. You sure as hell can go the distance.

sorry been away for a week so missed all this. Gutted i only found out about the campaign so late as would loved to have been in it from the start. Thoroughly enjoyed the tension and challenge of the few battles i fought against tough opponents. Was a learning curve for me with QB point allocation and clever force selection, but each battle was great so a big thankyou to Stafford and Concord for organising it all and shepherding us new guys along, and to those guys over on the red fence for trying to make our lives hell
I couldnt see an applause emoji but you deserve it! Well done.

ps looking at the map above, i assume us Heinies won? doesnt look to be much left of the red forces on the field.

Guardsman said:
ps looking at the map above, i assume us Heinies won? doesnt look to be much left of the red forces on the field.
Click to expand...

(I think this should be correct, feel free correct me if i made a mistake)

The difference is minute, i would call it a draw unless someone wants to go back and check who touched what objectives.

To win the campaign, a side must capture all of the large towns on the map, or one side capitulates due to battle losses or untenable strategic situation.
Ownership of large towns goes to the side which last moved into or through it.
Click to expand...

Yeah, I'd classify it as a draw as well.

It seemed like a good time to finish the campaign for a variety of reasons, despite not having a clear victor.
We've had a lot of player turn-over, with many previously active players disappearing (many disappearing from TFGM entirely).
There were only a very few keen participants left, and some turns it was even a struggle to get enough (or any!) players to fight battles.

Our keen players were often doing great DAR's, complete with overview tactical maps, on the ground views and even some videos (big thank you to all you guys).
Earlier in the campaign, team mates would 'like' DAR posts, which showed there was an audience and team involvement.
That has greatly diminished over time, which to me was an indication of dwindling interest.
There were an increasing number of campaign members who never posted, or volunteered for a battle or provided feedback.

I think these factors were due to a variety of reasons...
Real life often interfered with sustained participation (including a world-wide Covid pandemic causing a bit of havoc).
The fairly slow turn rate (took about 2 months for a round of battles to complete and new orders to be given and processed) wasn't matched by some player's patience.
The world is fast-paced (with shorter attention spans in general).
An aspect of burnout for even the keen players (including the extra effort of creating decent DAR's).
New games always being released and Combat Mission getting a bit old (although still fairly unique).

Regardless, I think it has been a success. It has been interesting for me and many of the players.
I gained some good insights into what works and doesn't work for campaigns of this type.
And there is the strong possibility I will start another campaign and apply those lessons. Time will tell.

I'd say by the letter of the rules we've ended up with a draw, as the win conditions were to either eliminate the enemy forces or capture the required number of towns - neither of these were fulfilled.
However, I feel that if the campaign had continued we on the Axis side would have had a tough time of it as once the armour of both sides was exhausted and we were down to infantry the ongoing problem of attrition would have really started to bite.
I've mentioned it before but the Soviet side gets more troops per point than the Axis does. Here's an example from my recent game against @MeatEtr .

This makes sense in a historical context, German troops were typically better trained than their Soviet counterparts for most of the war, but less so in game - I've seen no indication that German troops shoot any better than their opponents of the same quality.

Also @Bootie @Badger73 could we get both sides forums opened up please?