With Field of Glory II: Medieval we will be reproducing the historical clash between the Christian forces of King Alfonso VIII of Castile, Sancho VII of Navarre and Peter II of Aragon, against the Almohad army, led by The caliph al-Nasir. 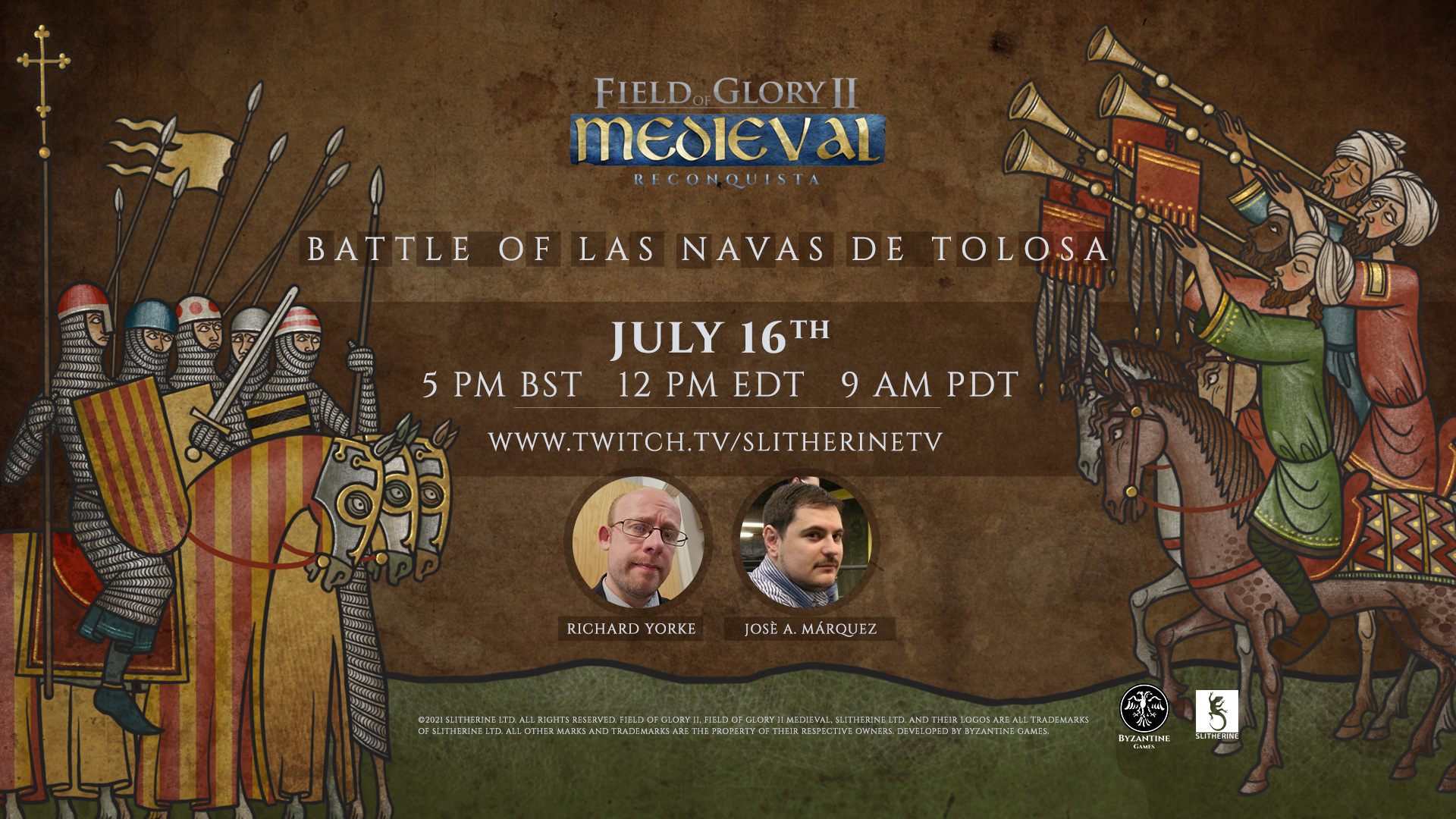 The event will offer an accurate analysis of the battle, thanks to expert Jose A. Marquez Periano and our streaming partner Richard Yorke who will retrace the salient phases and curiosities of the fighting that marked a turning point in the Reconquista and in the medieval history of Spain.
The appointment is for July 16th, on SlitherineTV at 5pm BST/ 12pm EDT / 9am PDT .
You must log in or register to reply here.
Share:
Facebook Twitter Reddit Pinterest Tumblr WhatsApp Email Share Link
Top Bottom