I like the look of these, I've downloaded the vassal modules. 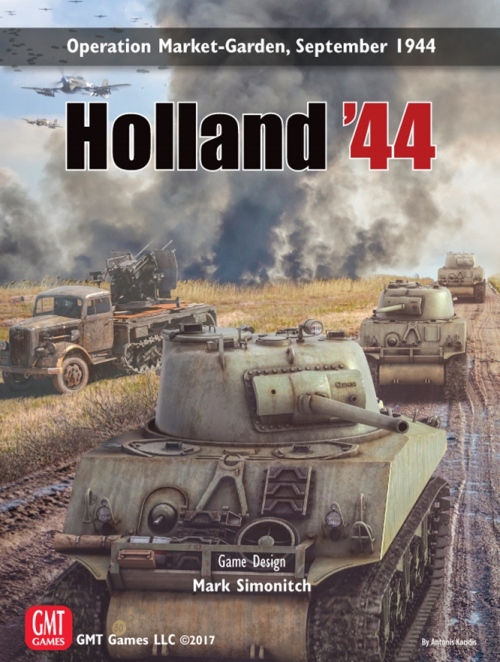 The game starts with the airborne landings on September 17th and continues until September 23rd. The Allied player must rush his ground forces forward as fast as possible to relieve his beleaguered airborne divisions and capture a bridge across the Rhine.

The scale of the map is 2 kilometers per hex and covers the battlefield from the Belgian border to Arnhem. The map also includes the area where the British 8th Corps fought on the right flank of 30th Corps.

Most units in Holland ‘44 are battalions, but units range from Company to Brigades.

Holland '44 uses a system very similar to Ardennes '44. It is basically a simple move-fight, I-go then u-go game. If you have played Ardennes '44 or Normandy '44 you will have no trouble learning the game. Rules such as ZOC Bonds, Determined Defense, Extended Movement, and Traffic Markers all make their reappearance. Due to the terrain of the Netherlands, special attention was given to river crossings, bridge building, and fighting in the flat polder terrain.

'Board game geek' link for guides for playing the game. 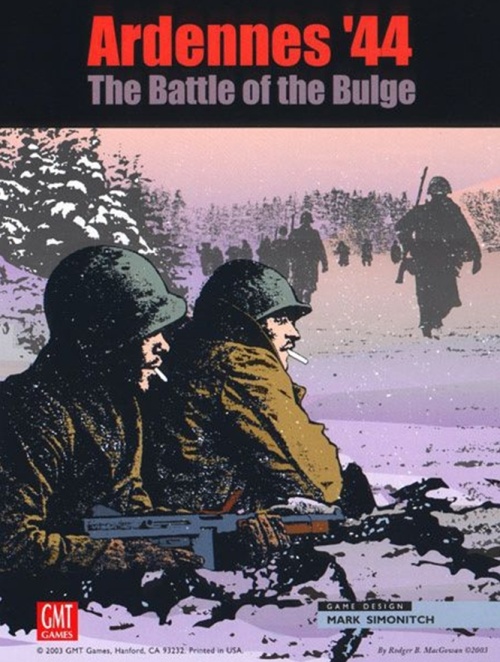 December 16, 1944
After a period of fog, rain, and snow blankets the area, three German armies unleash 26 divisions against thinly held American lines in the Ardennes forest of Belgium and Luxembourg. The objective of the Germans is to push through the Ardennes, then cross the Meuse River and head for Antwerp. Hitler hopes to split the Allied armies apart and smash their vital supply port at Antwerp. Can the Americans stop them?

Ardennes '44 explores this fascinating campaign with a detailed order of battle and an extremely accurate Ardennes game map which covers the area from the Our River to the Meuse. Ardennes '44 covers the period from December 16th to the 26th. Two shorter one-map scenarios are included which cover the initial stages of the German attack. The Ardennes '44 game system is designed by Mark Simonitch, winner of the CSR James F. Dunnigan Award for Design Elegance and Best WWII Board Game of 2000 for Ukraine '43.

The result is Ardennes '44, a game that both the "Bulge enthusiast" and the casual player will enjoy. German attacks follow historical advance routes, and the Bastogne and St. Vith defense perimeters are often as large as they were historically (instead of one big stack of units in the town itself). The Allied player has a chance at holding Elsenborn Ridge and making the Germans pay dearly for the twin villages of Rockerath and Krinkelt. Likewise, the German player has an equal chance of changing history and reaching the Meuse River.

Normandy '44 is a 2, 3, or 4-player, regimental level game of the D-Day landings on June 6th and the battles that raged in Normandy for the next 21 days. During this crucial period the Germans had their only chance to push back the Allied invasion before the preponderance of Allied men and material made the outcome certain. During this period, the U.S. 1st Army fought across the Cotentin Peninsula and captured the major port of Cherbourg while British forces took on the bulk of of the German panzer divisions near Caen.
The game uses a simplified Ardennes '44 system: Move, Fight and Reserve Movement. All non-tank battalion units are rated for Troop Quality, while all armor units have a Tank Rating. In each battle these ratings are used to provide shifts for either the attacker or defender. Other important shifts are provided by air power, naval support, artillery and/or Tiger tanks.
The game includes a 22 turn Campaign game, a 7-turn Tournament Scenario that focuses on the Allies linking up the beaches, and a scenario covering the battle in the peninsula and the capture of Cherbourg. In addition, there are rules for allowing 3 or even 4 players to play the game.
Game Scale:
Turn: 1 day
Map: approx 2.3 miles /3.8 km per hex
Unit: Battalions to Brigades
Game Contents:
One 22 x 34" map
Two countersheets (456 9/16" dual-side printed counters)
One 32 page rulebook
Two Combat & Terrain Player Aid Cards (2 sided)
Four Set-up/Reinforcement Cards (three 1-sided, one 2-sided)
One 6-sided dice

Ardennes '44 is beautiful, fun to play even if the German has the disadvantage to have to play almost a perfect game in order to score a victory.

Stalingrad '42 is just out.

And yes, Simonitch is well known for his extravagance in naming the games...

I've got a copy of the larger "The Battle For Normandy" game and it's awesome. (Battalion level across the whole campaign). Just can't find a local to play through the thing with me.

I own and enjoyed playing Holland '44 even though the play options are fairly limited. I think I mostly picked it up due to my recently growing nostalgic interest in the liberation of the Netherlands being Amsterdam born myself. Fellow gamers have commented that Ardennes '44 is more interesting to play due to the fact that it provides more strategic options. I can see the point.

I'm trying to find a copy of Ardennes for sale that won't cost an arm and a leg, it looks great. The 1981 AH Bulge game is still one of my favorites but the GMT game looks amazing.

jobu88 said:
I'm trying to find a copy of Ardennes for sale that won't cost an arm and a leg, it looks great. The 1981 AH Bulge game is still one of my favorites but the GMT game looks amazing.
Click to expand...

You could start by d/l the vassal module for the game and get the rules and scenarios from GMT's website.

The Vassal module is complete with all charts and tables.

Kandu said:
The Vassal module is complete with all charts and tables.
Click to expand...

I intend to check out Vassal but having the actual real game set up has a certain appeal.