After previously playing and reviewing Sniper Elite v2 the next instalment was always going to be on my shopping list. So when the price dropped on it in Steam I toddled of and picked me up a copy. I was looking forward to getting back into the shoes of Karl Fairburn as he takes on the might of the Afrika Korps.

To say I was underwhelmed was an understatement... I only lasted an hour before turning it of and un-installing it from my PC.

The voice acting was dour and monotone.

Within an hour I had killed 75 opponents. An hour... Chris Kyle's kill tally would have been topped in an afternoon. I wanted more sneaking and less killing.

The AI is dreadful. I hid behind a tree, I heard 6 contacts approach. The came round the tree one at a time allowing me to easily shoot each one of them as they came into view. After 5 of his mates died doing the exact same thing you would nigh on expect soldier #6 to turn tail and leg it!! Nope... he went the same way as his friends.

The graphics are ok but the maps are uninspiring.

Bullet x-ray kill slow-mo or whatever the hell they call it was fun for the first 10 kills then it just gets boring and I ended up toggling it off.

If your going to pick up a Sniper game be sure to pick up Sniper v2 and avoid this mess.

Bootie said:
Bullet x-ray kill slow-mo or whatever the hell they call it was fun for the first 10 kills then it just gets boring and I ended up toggling it off.
Click to expand...

Is it just me being squeamish, or is there something a bit disturbing or perverse about a game that practically invites you to sit and indulge in every little grisly detail about what physically happens when the human body is shot by a high-calibre rifle?

Obviously not having a problem with you, Bootie, but the fact that such games are produced and marketed with such selling points kind of depresses me. To me, a good war game doesn't glorify war.

I'm not completely innocent though. Back in my late teens, I played many gory games, including some FPS game I can't remember the name of now. It was a generic run-and-gun game with lots of dismemberment. Back then, I didn't take it so seriously, and I saw it more as an interesting thing to see what could be done graphically.

I share the same sentiments. I found Sniper Elite's emphasis on slow motion lethality disturbing as well. A good sniper game should focus on the skills of the shooter, not the sufferings of the target. In the same vein, what I've seen promoting "Wolfenstein II: The New Colossus" is even more unsettling and nihilistic.

At the risk of sounding like an old fuddy duddy, this is why I avoid most FPS games these days.

The best thing to do, IMO, is focus on quality. Do your research, and only purchase quality games. There are a lot of mediocre, and sub-mediocre games out there, just waiting for some sucker to buy them.

Sniper Elite 4 is dirt cheap right now on Steam. Anyone played that?

Ah, maybe not for me:

Sniper Elite 4 became much more fun when I started treating it less like a stealth game and more like a shooter with some sneaking.
Click to expand... 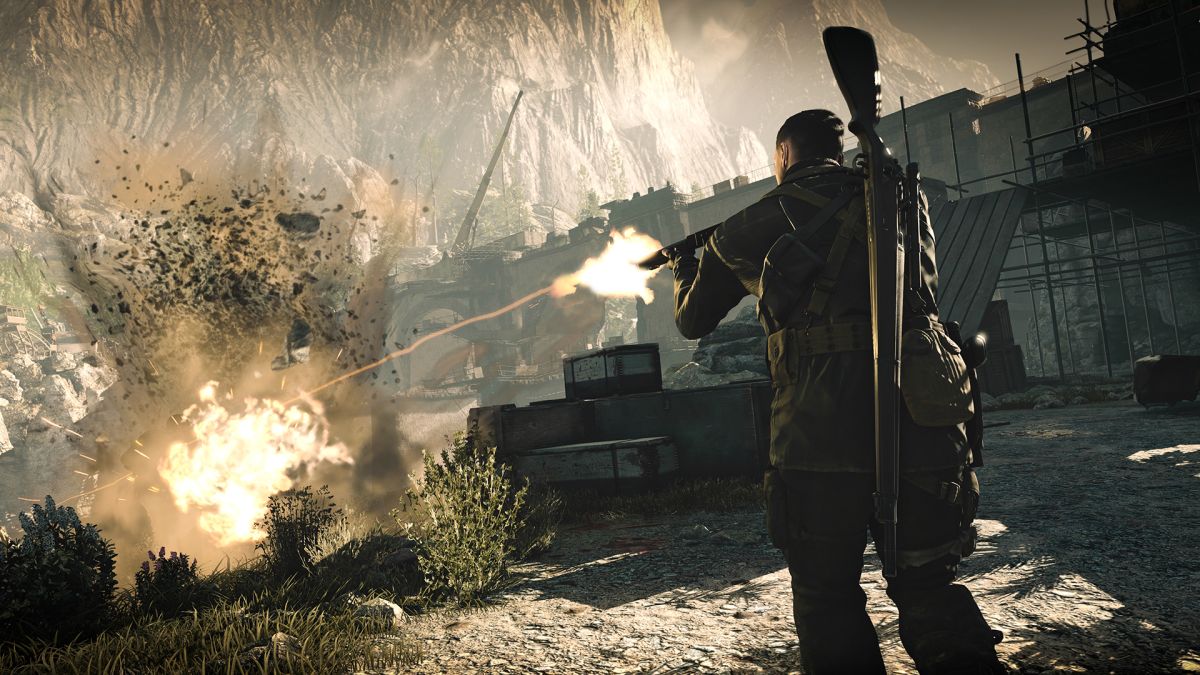 Defeating fascism one shot at a time in the most gruesome WW2 shooter out there.

i got Sniper Elite 4 during a sale recently.. i much like realistic non spawn experiences ( Americas Army Proving Grounds is a good game while it has moved away from its authentic feel, its still a good free FPS game )..
At first Sniper Elite 4 was fun until i realized that its half arcade half tactical shooter... even on the highest difficulties mortal wounds are shaken off by the enemy, some times head shots allow them to get up and take one more, and the enemy can hear you once and some how follow you around the map as u move away quietly and in cover.....
needless to say the immersion breaks after a while ( which is why i wanted to play the game in the first place ) and whats left is less than interesting... Also as stated about previous versions.. one man takes on 70 units in an hour is also seen here.. not to mention you yourself can eat a few bullets for lunch before falling down.
honestly the game could be great but its not. the maps are well detailed and designed and while not all buildings are accessible there are more then a few that are.
You must log in or register to reply here.
Share:
Facebook Twitter Reddit Pinterest Tumblr WhatsApp Email Share Link
Top Bottom