The Franco-Prussian War or Franco-German War, often referred to in France as the 1870 War (19 July 1870 – 10 May 1871), was a conflict between the Second French Empire and the Kingdom of Prussia. Prussia was aided by the North German Confederation, of which it was a member, and the South German states of Baden, Württemberg and Bavaria. The complete Prussian and German victory brought about the final unification of Germany under King Wilhelm I of Prussia. It also marked the downfall of Napoleon III and the end of the Second French Empire, which was replaced by the French Third Republic. As part of the settlement, the territory of Alsace and part of Lorraine was taken by Prussia to become a part of Germany, and it remained so until the end of World War I when it was returned to France in the Treaty of Versailles.

The conflict was a culmination of years of tension between the two nations, which finally came to a head over the issue of a Hohenzollern candidate for the vacant Spanish throne, following the deposition of Isabella II in 1868. The public release of the Ems Dispatch, which played up alleged insults between the Prussian king and the French ambassador, inflamed public opinion on both sides. France mobilized, and on 19 July 1870 declared war on Prussia only, but the other German states quickly joined on Prussia's side.

It soon became evident that the Prussian and German forces were superior, due in part to their efficient use of railways and the better Krupp steel artillery. Prussia had the fourth densest rail network in the world; France had the fifth.A series of swift Prussian and German victories in eastern France culminated in the Battle of Sedan, at which Napoleon III was captured with his whole army on 2 September. Yet this did not end the war, as the Third Republic was declared in Paris on 4 September 1870, and French resistance continued under the Government of National Defence and later Adolphe Thiers.

Over a five-month campaign, the German armies defeated the newly recruited French armies in a series of battles fought across northern France. Following a prolonged siege, Paris fell on 28 January 1871. The siege is also notable for the first use of anti-aircraft artillery, a Krupp piece built specifically to shoot down the hot air balloons being used by the French as couriers. Ten days earlier, the German states had proclaimed their union under the Prussian king, uniting Germany as a nation-state, the German Empire. The final Treaty of Frankfurt was signed 10 May 1871, during the time of the Paris Commune uprising of 1871.

French artillery troops pose for a portrait while manning a heavy gun position. The cannon is still a muzzle loader firing iron balls as its primary projectile.

Parade of the Prussian troops in Paris after the war, 1871. 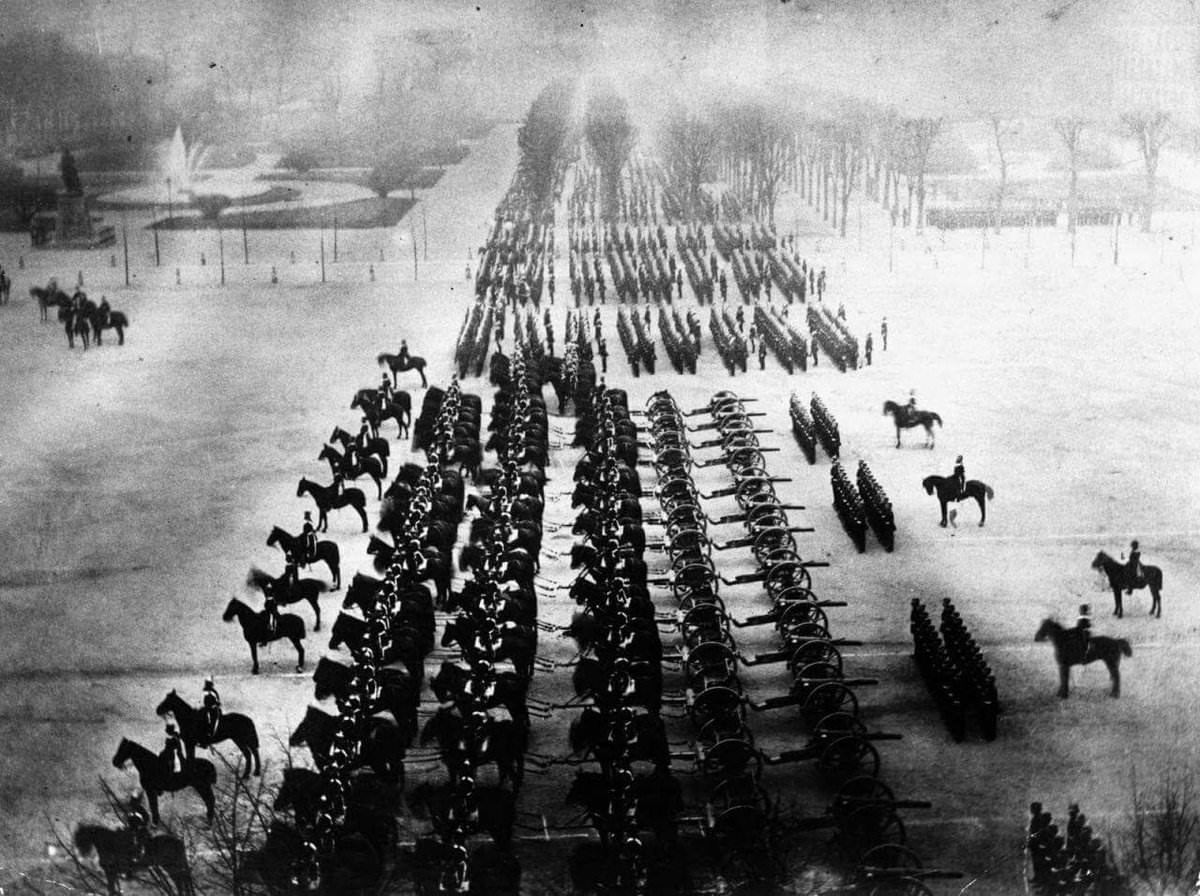 French veterans of the Franco-Prussian War march past British officers (including the Prince of Wales) at a parade in Denain, France. Oct 1918. 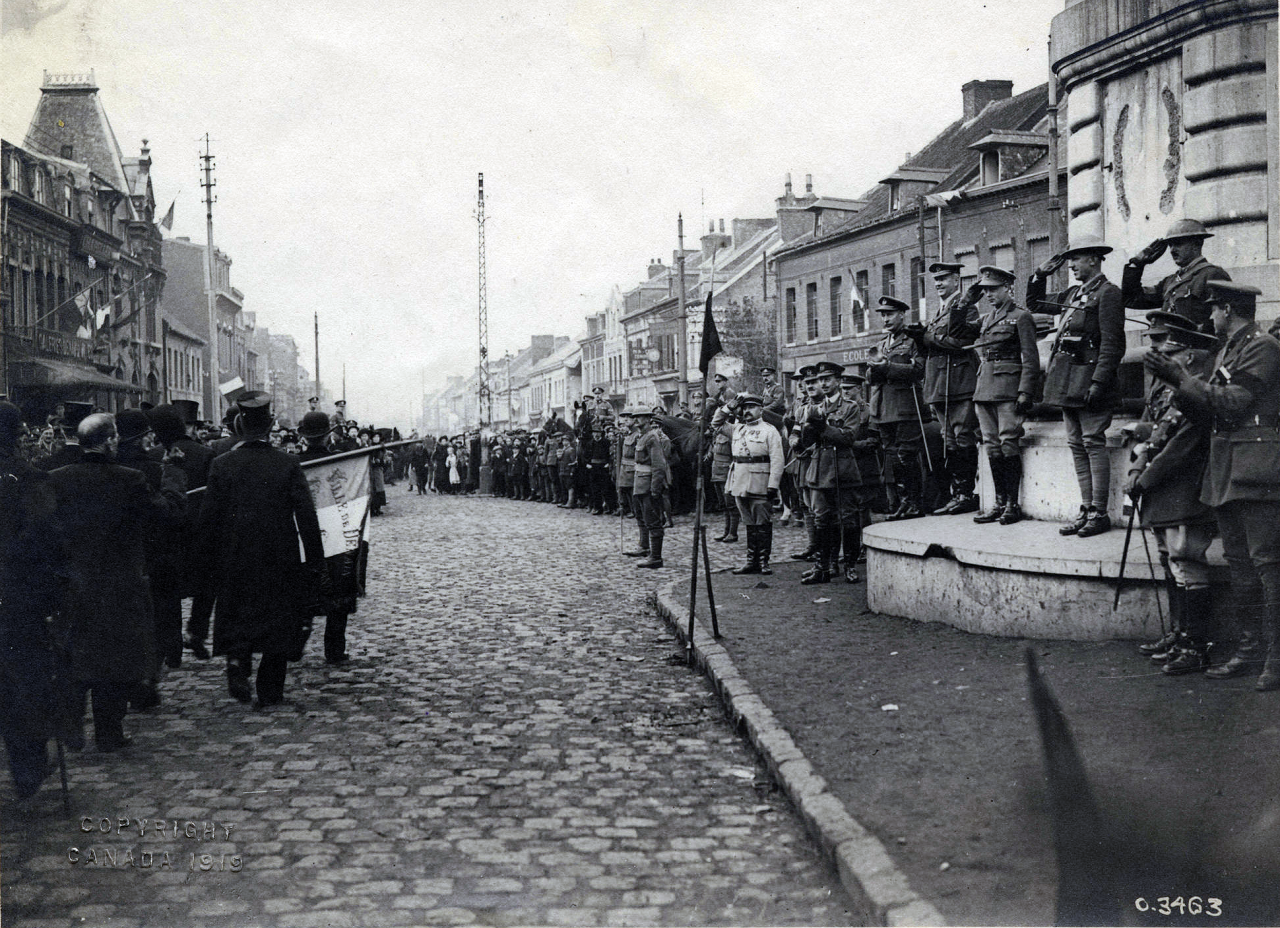 Aftermath of the Franco-Prussian War, photograph taken by an unknown photographer in May 1871. 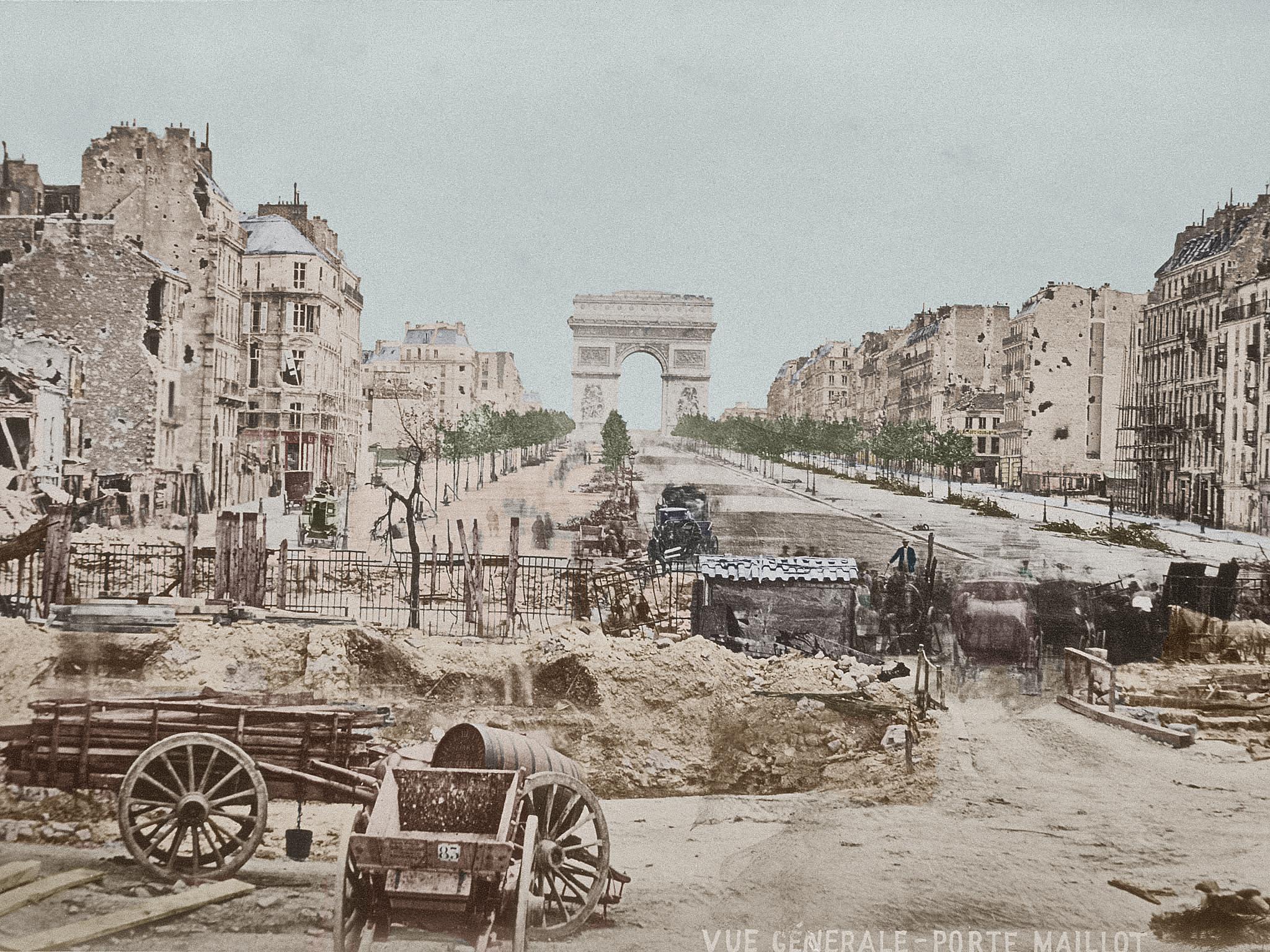 "La Tache Noire" ('The Black Spot'), a 1887 painting by Albert Bettannier (1851/1932), depicting schoolboys in France being taught about the province of Alsace-Lorraine, in the aftermath of the Franco-Prussian War. and which is depicted by black colouring on a map of France. 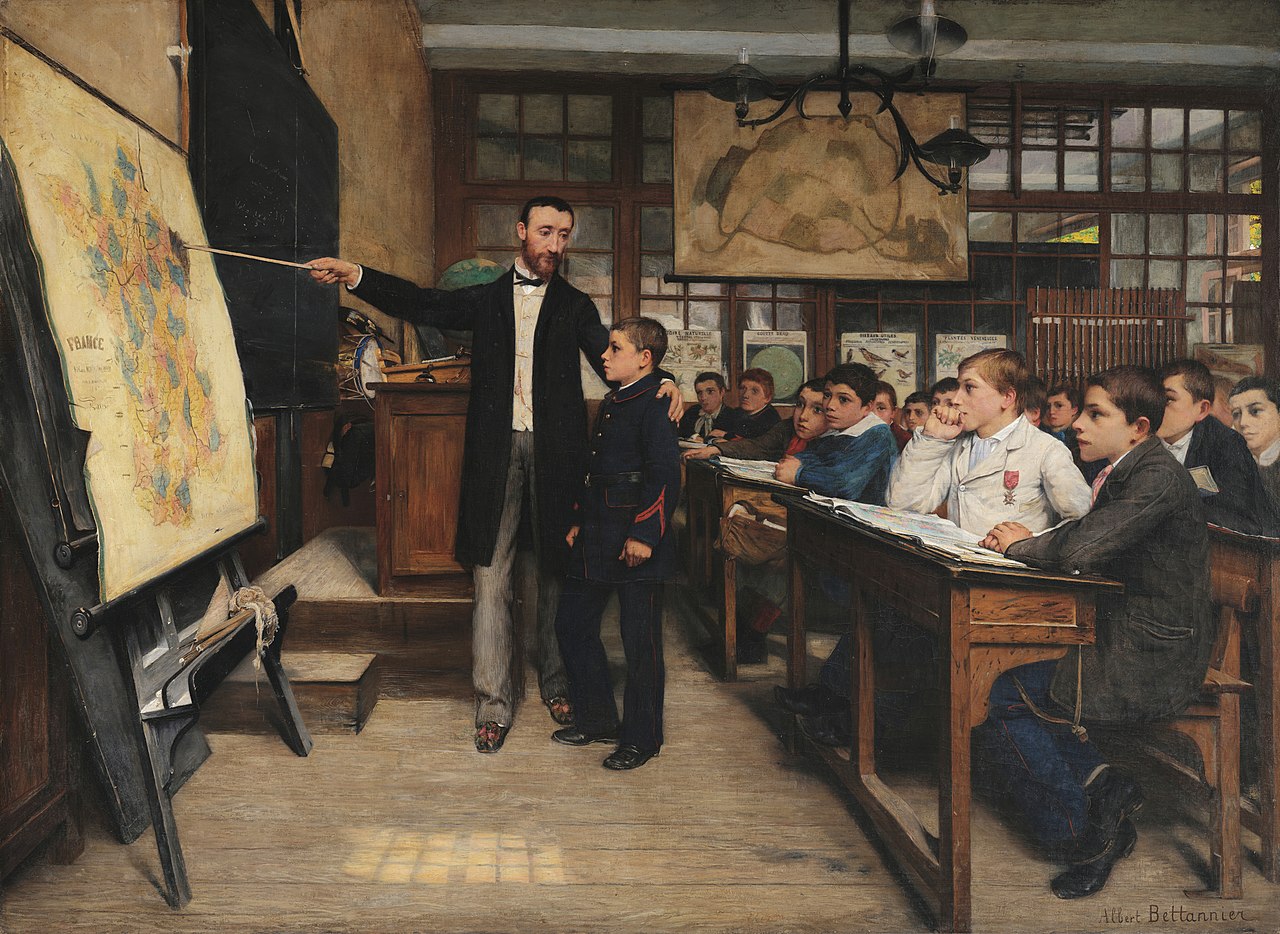