The Island War: The Rico Reich vs The Republic of Gunn

Decided to build a new fun, light-hearted fictional campaign between two fictional countries sharing the fictional mediterranean Island of Halva.
It will be played using CMFI/FI QB's -- set in the period from Sept/Oct 1943. @Nathangun will command the Allied side, which will be British forces, with @Nelson1812 as an assistant battle commander, and myself commanding the Axis side. (I might need an Axis assistant battle commander as this grows in size. Sledging and propaganda will be the order of the day!

The large island of Halva is shared between the Republic of Gunn in the western half, and the Rico Reich in the east.
10 years earlier the two countries which share the island of Halva fought a nasty border war over what is now known as the "Disputed Zone" in the south of the island - an area cursed with a mixed population and valuable copper and zinc mines.
A peace was brokered by the United Nations, but neither side was happy with the partition of the zone, especially the eastern Rico Reich, which always felt cheated by the settlement. In recent years, tensions have escalated further after the discovery of off-shore oil deposits just to the south disputed zone's coastline, and which are being claimed by the Republic of Gunn to be in its territorial waters.
The military leaders of the Rico Reich, realising that the economic windfall of the oil income for their western rivals will allow them to eventually build a much larger military, decide to launch a popular coup and, riding on a wave or public resentment and patriotic fervour, a rogue general commanding the Rico Reich's regular army Panzer Brigade Faust, launches a sneak attack on a border unit's position, triggering a pre-emptive war!
Already a powder keg, the island nations immediately mobilise and stumble into full scale war! 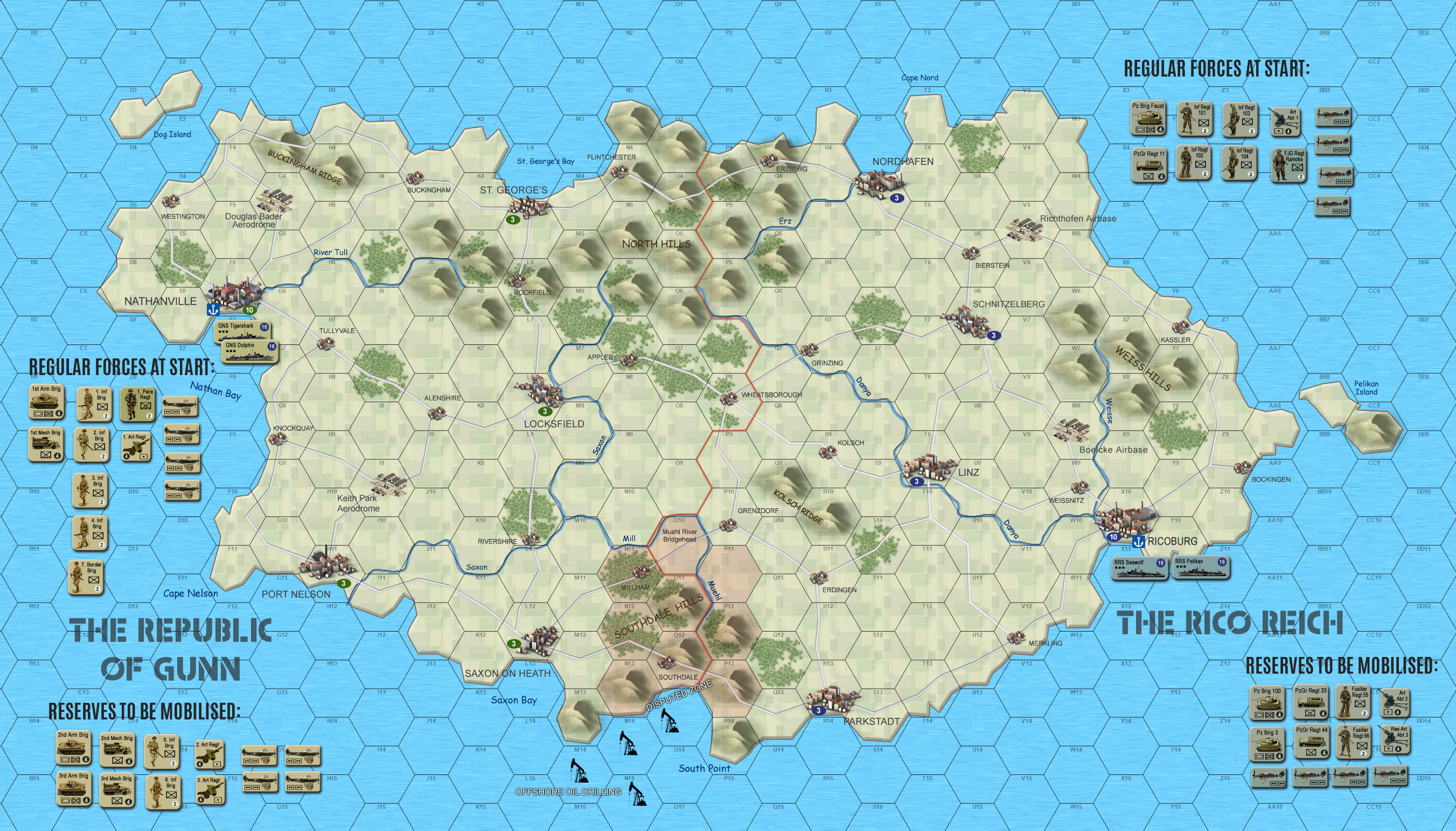 Both sides start with more or less equal standing armies -- 4-5 infantry regiments/brigades manning the border defences, 1 Armoured, 1 Mechanised Infantry and 1 Artillery brigade/regt, plus an elite parachute/elite forces regiment as well ... with about 16 ground attack fighters in support...and two old destroyers each as naval assets.
After hostilities begin and escalate, both sides will hastily call up their reservists and fill out mobilise their reserve formations...

Battles will be fought as QB's on agreed on maps --
Belowt a chart showing what the nato symbols on the counters mean in terms of QB points (and what type of units) that can be bought for the battle.

So for every battle I will set up a QB with enough points available to each side to buy to the limit of points available.
Most units (or sub units in case of Armoured brigades) have two strength levels.
The special forces Para/Fallschirmjager units will have three.
On the right of the chart, the production points (PP's) it will cost to repair a damaged unit.
Casualties will be assessed after each battle, 50%+ losses will result in a step loss... 75%+ losses the destruction of a two-strength-point unit.
Artillery units will take losses if overrun or forced to retreat by a battle result. 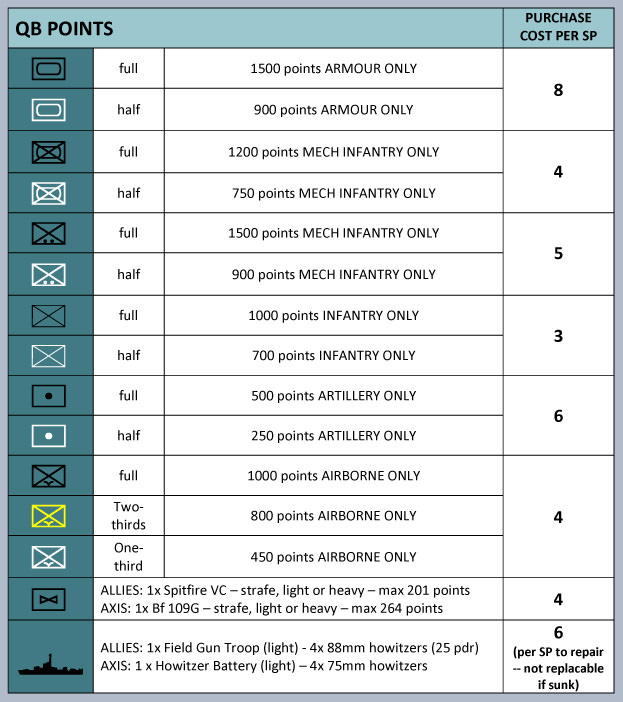 Both sides also get two old destroyers each -- they can provide naval gunfire support to battles two hexes range into the island ... this works out for the Allies to a troop of 4x 88mm 25 pdr howitzers, for the AXIS to a battery of 4x 75mm light howitzers. They can also of course, fight each other.
Each ship has three strength points (the three dots under the name) -- if it takes one or two hits damage it can limp back to port for repairs -- if it takes a third hit, the ship is sunk.
Naval units have movement range of 16 sea hexes per turn. If they come within two hexes of each other, they have to engage in naval combat.

More as we proceed further with this.

Love the detail you've gone into with this, looks great!

Sounds and looks great Rico, looking forward to this!

A Rico campaign to start the year. Yea!!

@Rico - give us a shout if you need an assistant.

In the early hours of September 1, hostilites commence as the renegade commander of the Rico Reich's Panzer Brigade Faust launches a pre-emptive dawn raid against the Republic of Gunn's 7th Border Brigade's fortified positions around the village of Southdale at the extreme southern end of the Disputed Zone. (in apparent retaliation against Republic of Gunn forces' repeated border violations -- spurious claims at best) Taken by surprise, the riflemen of the 7th Border Brigade rush to man their trenches and bunkers as enemy tanks and armoured infantry attack out of the pre-dawn gloom! 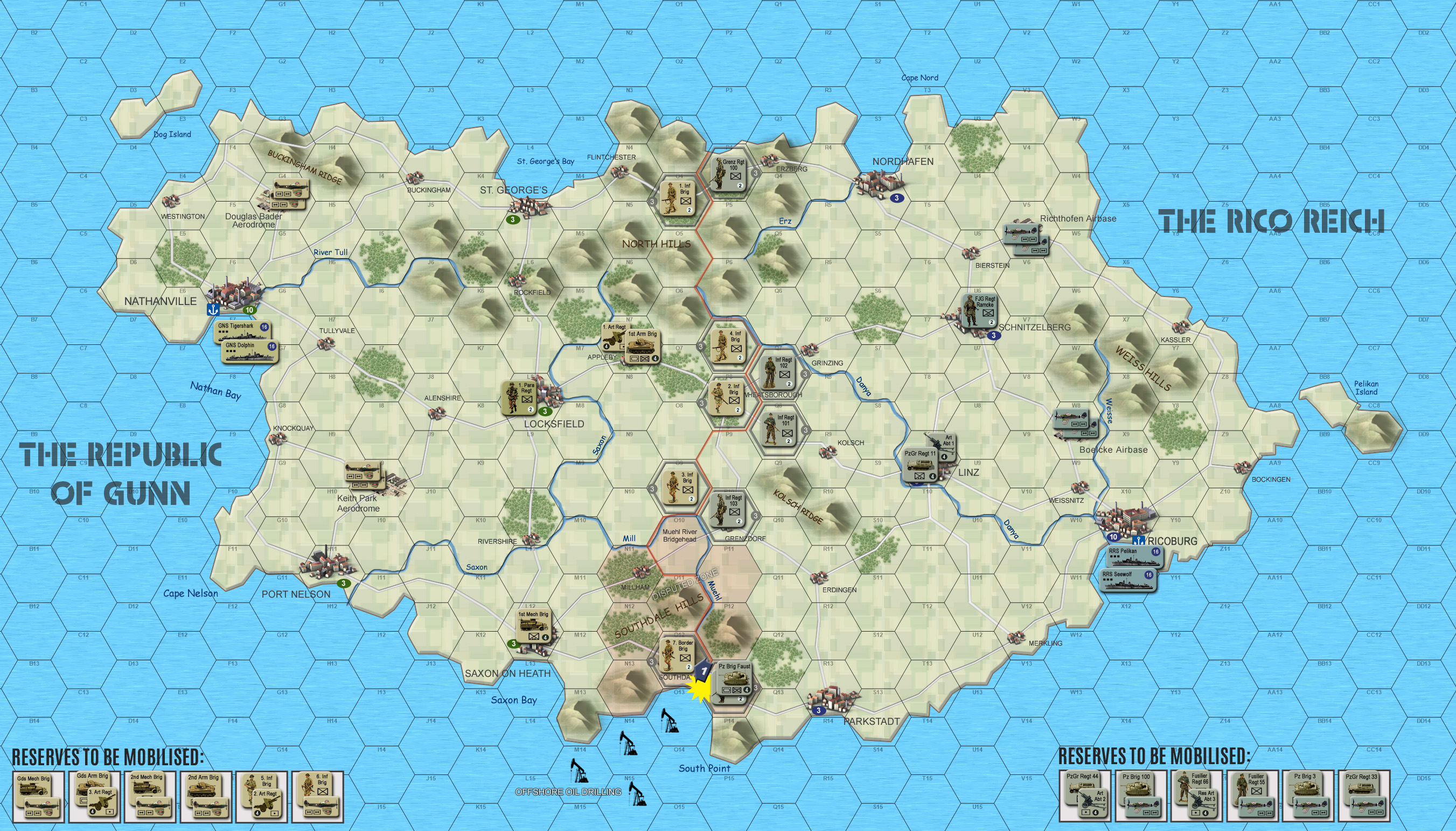 How will the naval combat be resolved?

Gunner said:
How will the naval combat be resolved?
Click to expand...

It's not really an open, public campaign - more like a little fun private venture - with so far only myself and @Nathangun as opponents - with @Nelson1812 as an assistant battle commander for the latter.

As it grows we might invite more assistant battle commanders in to help.
Last edited: Dec 10, 2017

A nice pic of a Rico Reichsheer Panzer IVh with the crossed sabers insignia of the Panzer Brigade Faust.

As usual, the international western imperialist press is a little behind the curve as events develop at a rapid pace... 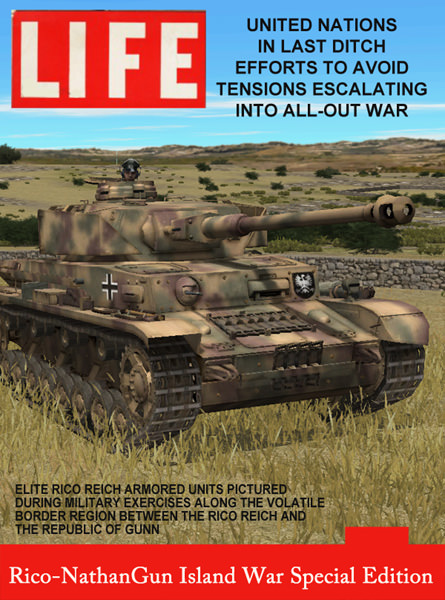 (that's a Panzer IV with the Eagle insignia of Panzer Brigade 100. ("elite" may be overstating things a tad)

The opening attack is under way ... some short footage from the front... 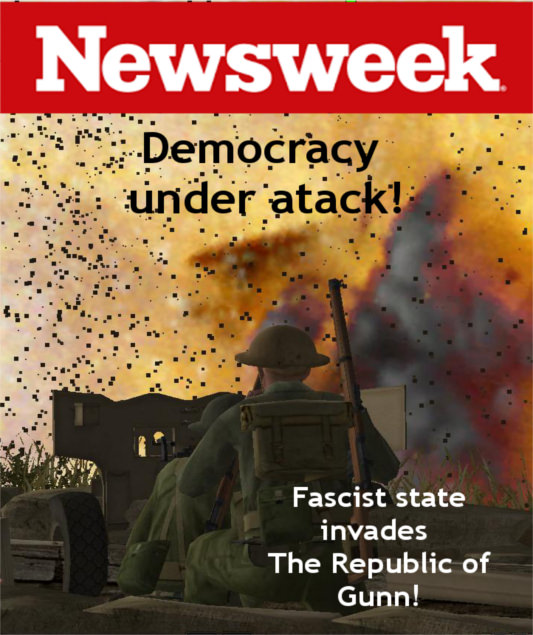 Ahh... the propaganda war is gearing up as well, I see

Some action from the front.

Just to prove that my opponent @Nathangun is a sneaky bastard...

The minor objective is this small walled, monastery/manor building on this small hill on our right flank... 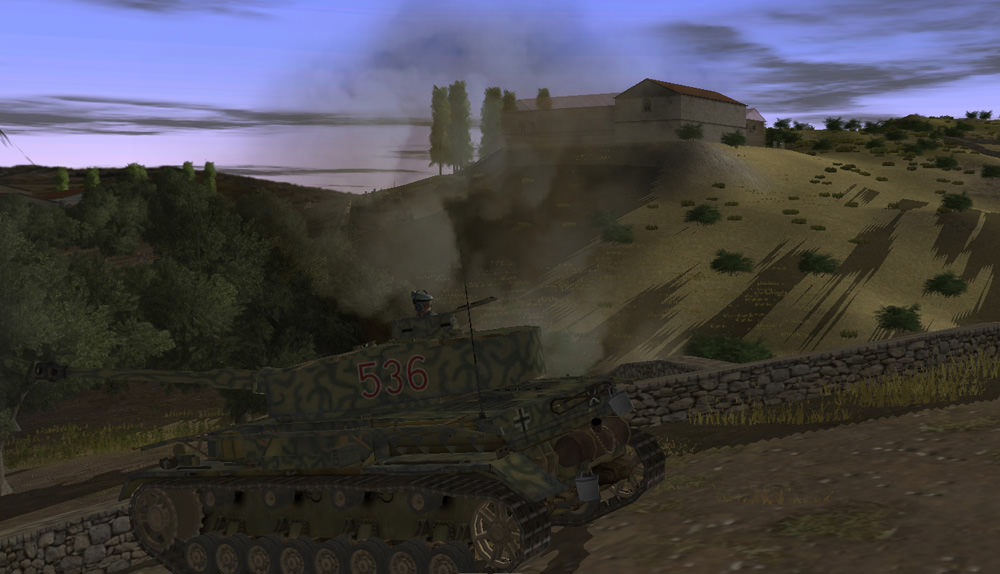 We used an assault gun to blow in one of the buildings to make a gap to gain access for the infantry... 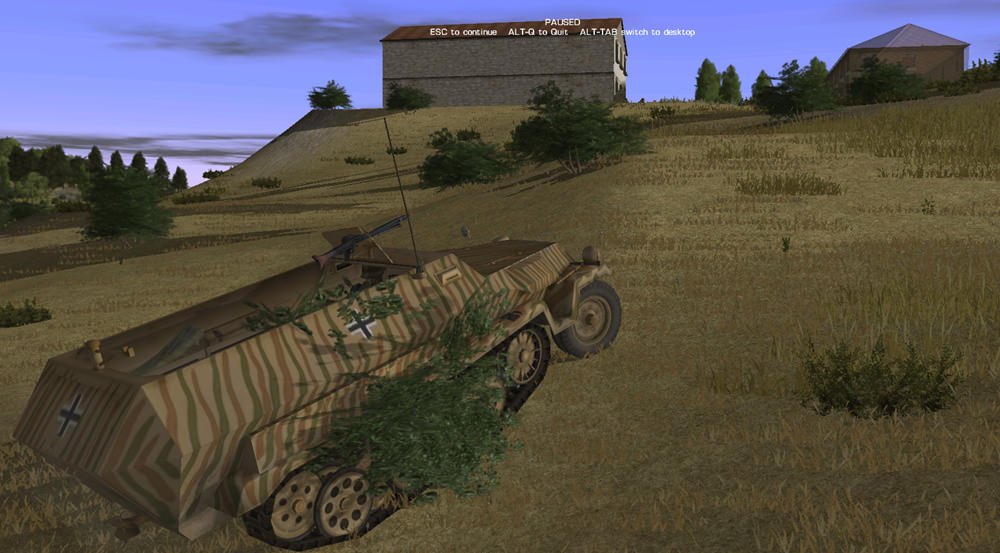 My panzergrenadiers storm in and take most of the buildings... Unteroffizier Rosendal's squad in the second wave sets out to cross the courtyard... 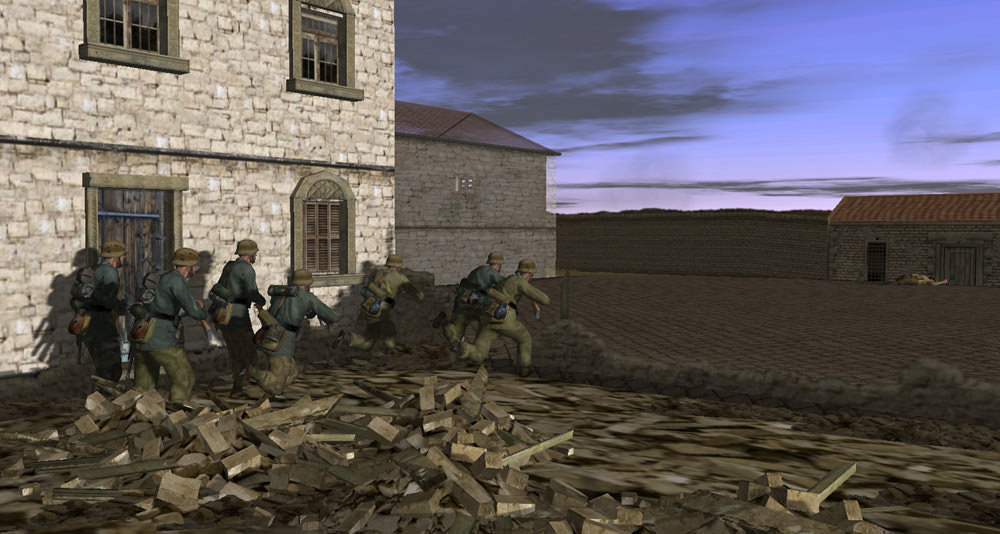 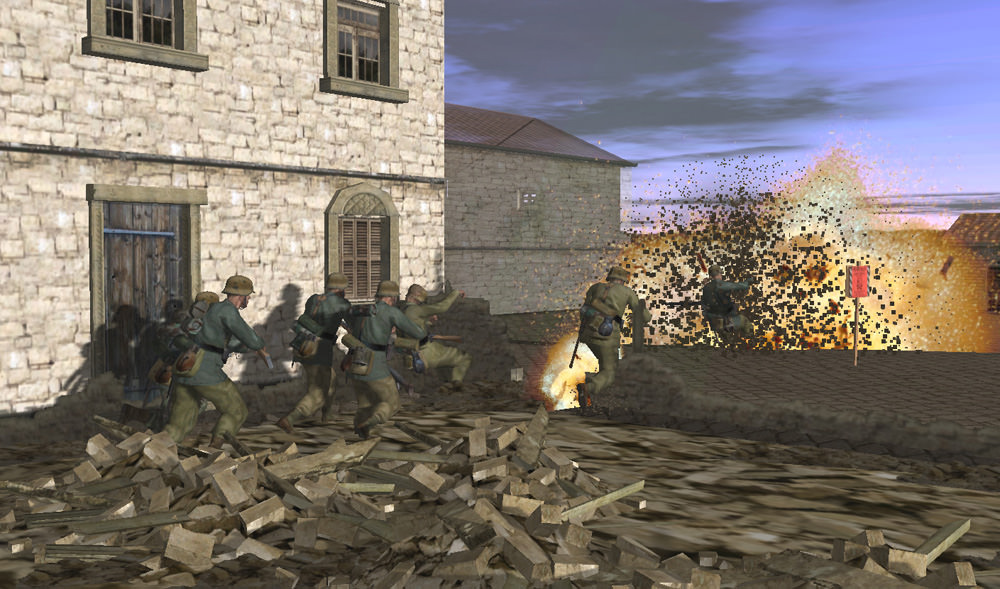 ...four men down.... those tricky bastards have mined the courtyard! 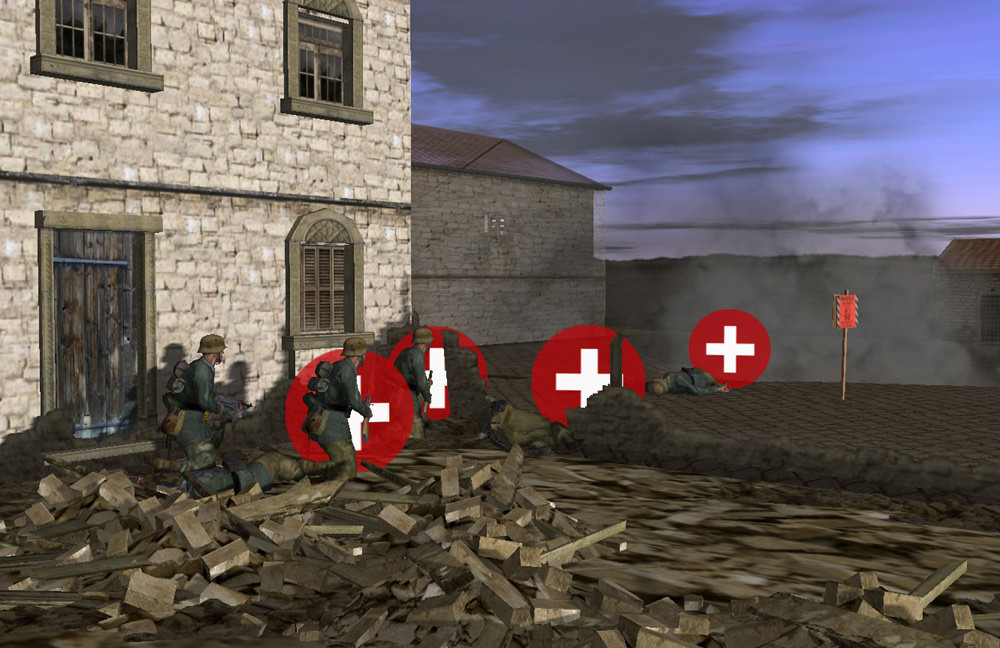 A bit to sneaky for my own good.
I thought this foxhole would be a nice place to put some mines, but alas they were duds. 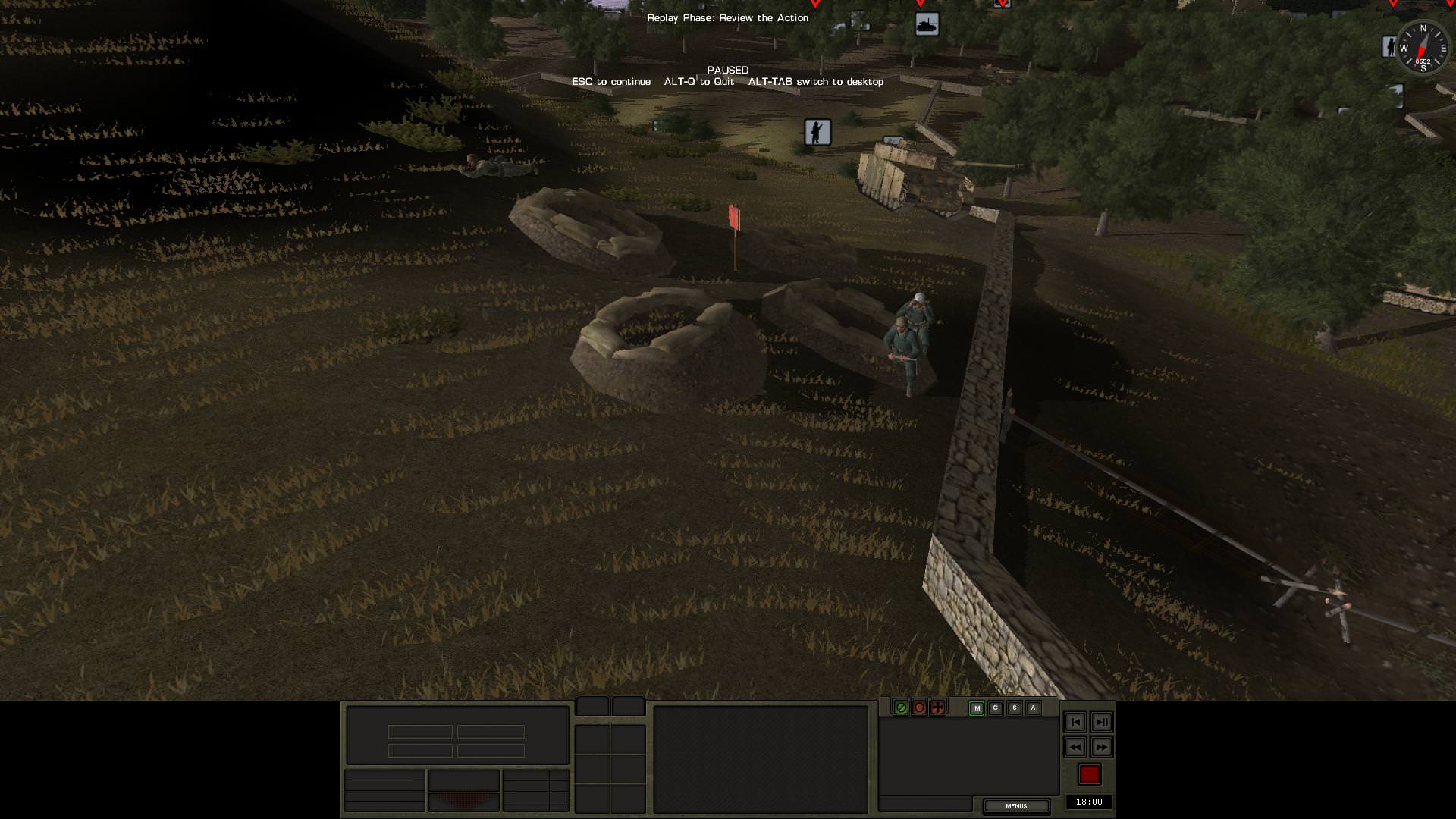