Interesting with the twin turrets.

Some were even used by the British…

“Sixteen of the Austins built for Russian but not sent following the revolution were used to equip the 17th (Armoured Car) Battalion of the Tank Corps. The Vickers machine guns were exchanged for the Hotchkiss M1914 machine gun, which was the standard machine gun of the British tank unit. The 17th Battalion arrived in France in April 1918. Its first operations were in support of the French Army in June. It returned to the British Army in August and was very successful at the Battle of Amiens. The Austins were towed in pairs by tanks across the mud of no-man's-land. Once they reached better ground on the other side of the lines, they ranged freely. A German Corps headquarters 10 miles back was captured and German reserves, artillery and supply lines were shot up. Having crossed the German frontier at Malmedy, Belgium, on 1 December 1918 after the Armistice, the 17th was the first British unit to enter Cologne on the Rhine on the 8th, escorting the Commanding Officer of 2nd Cavalry Brigade to negotiate Allied control of the city.

After the war, the bodies were reused on Peerless lorry chassis. Some of these were still in service at the start of the Second World War.”

Russian Imperial officer feeding milk to a cat and a hedgehog, 1916 - (hey @Hedgehog any relative of yours? ). 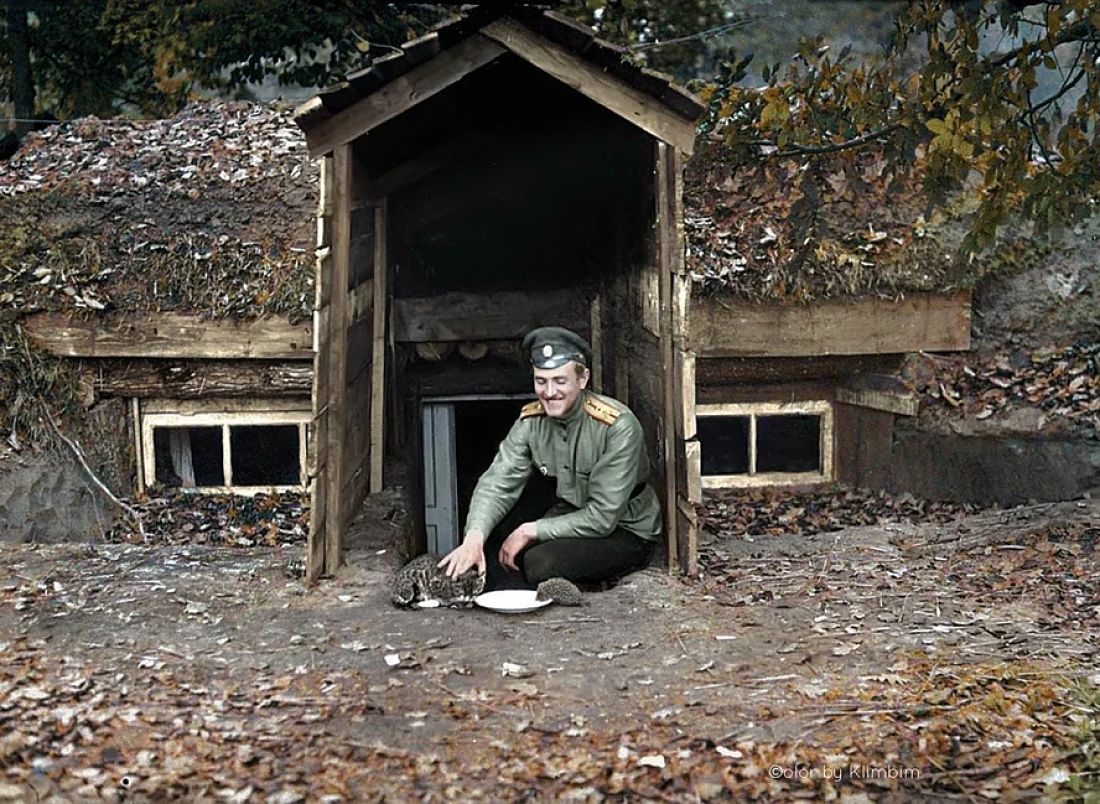 HMS Warspite with damage after the Battle of Jutland, June 2, 1916. 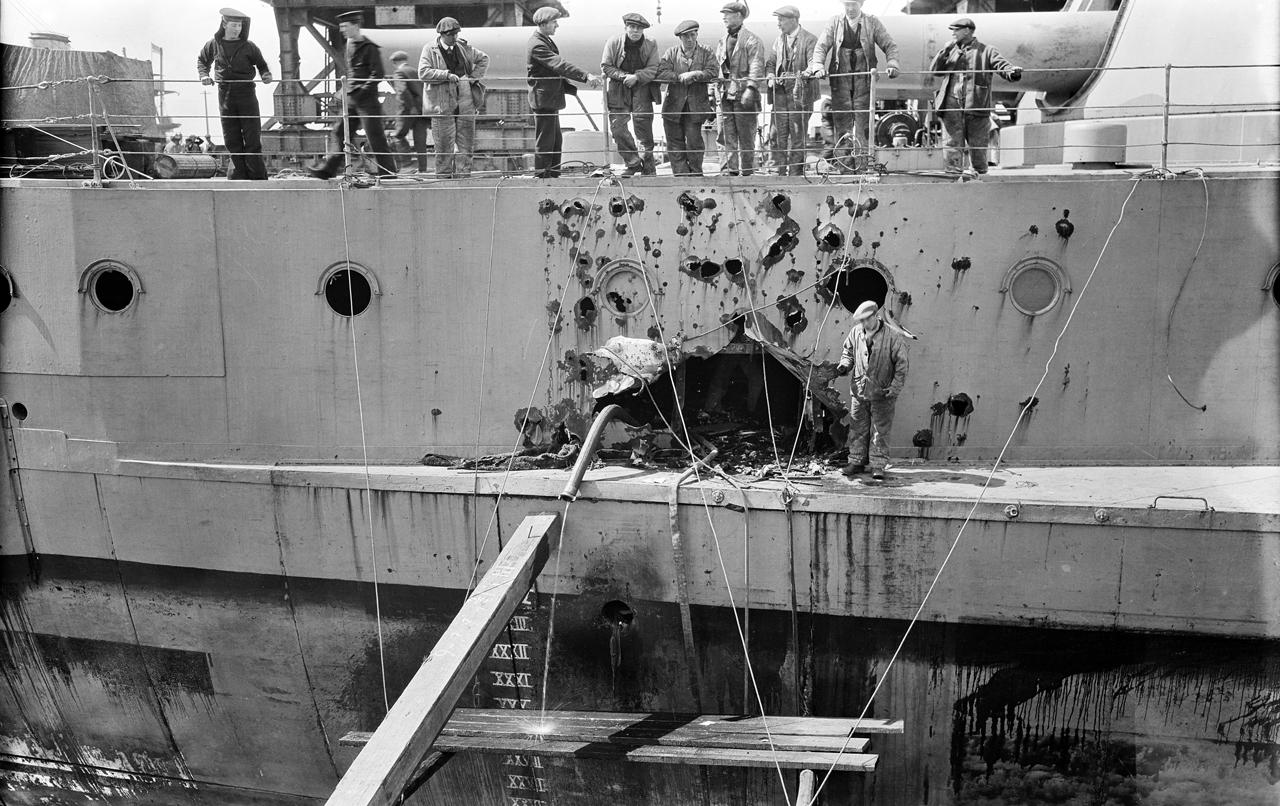 French soldiers resting in a trench at Gallipoli, Nov 1915. 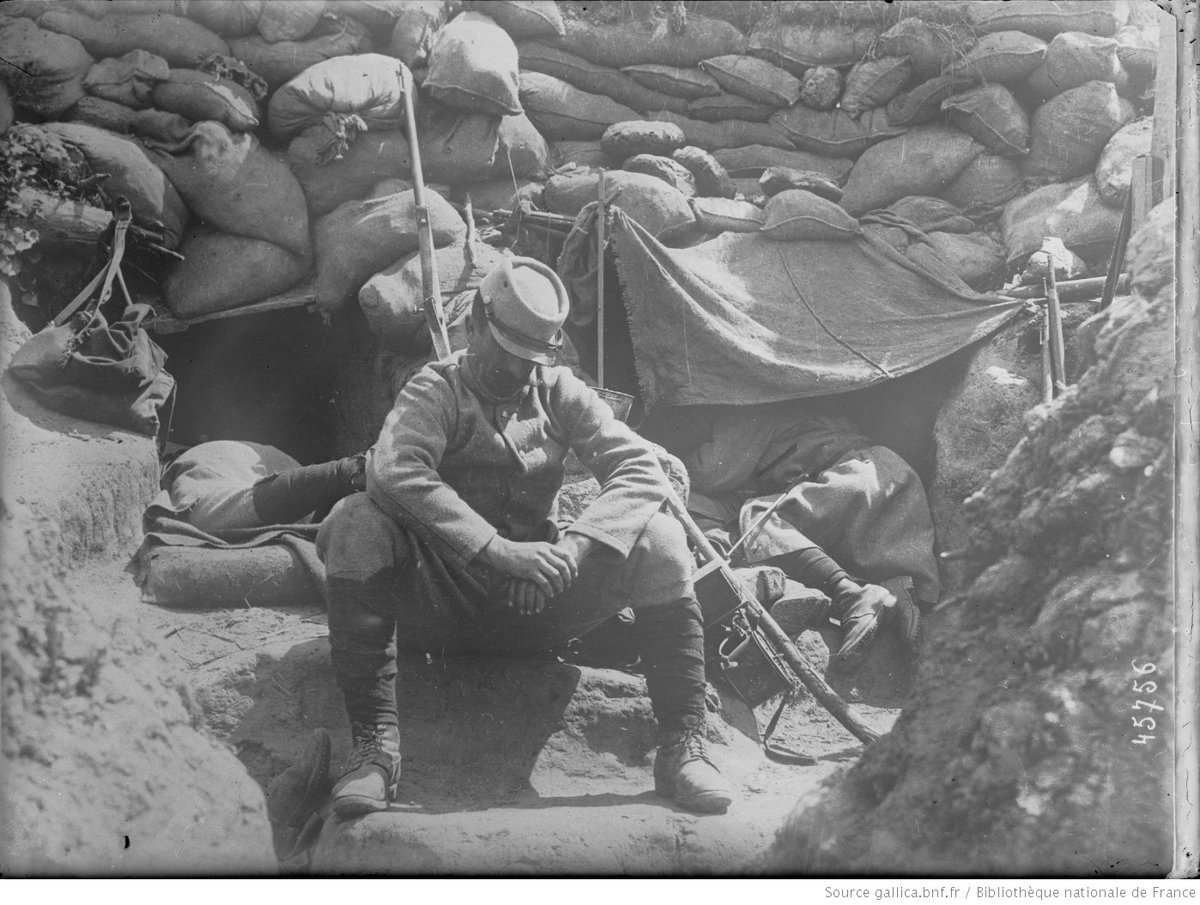 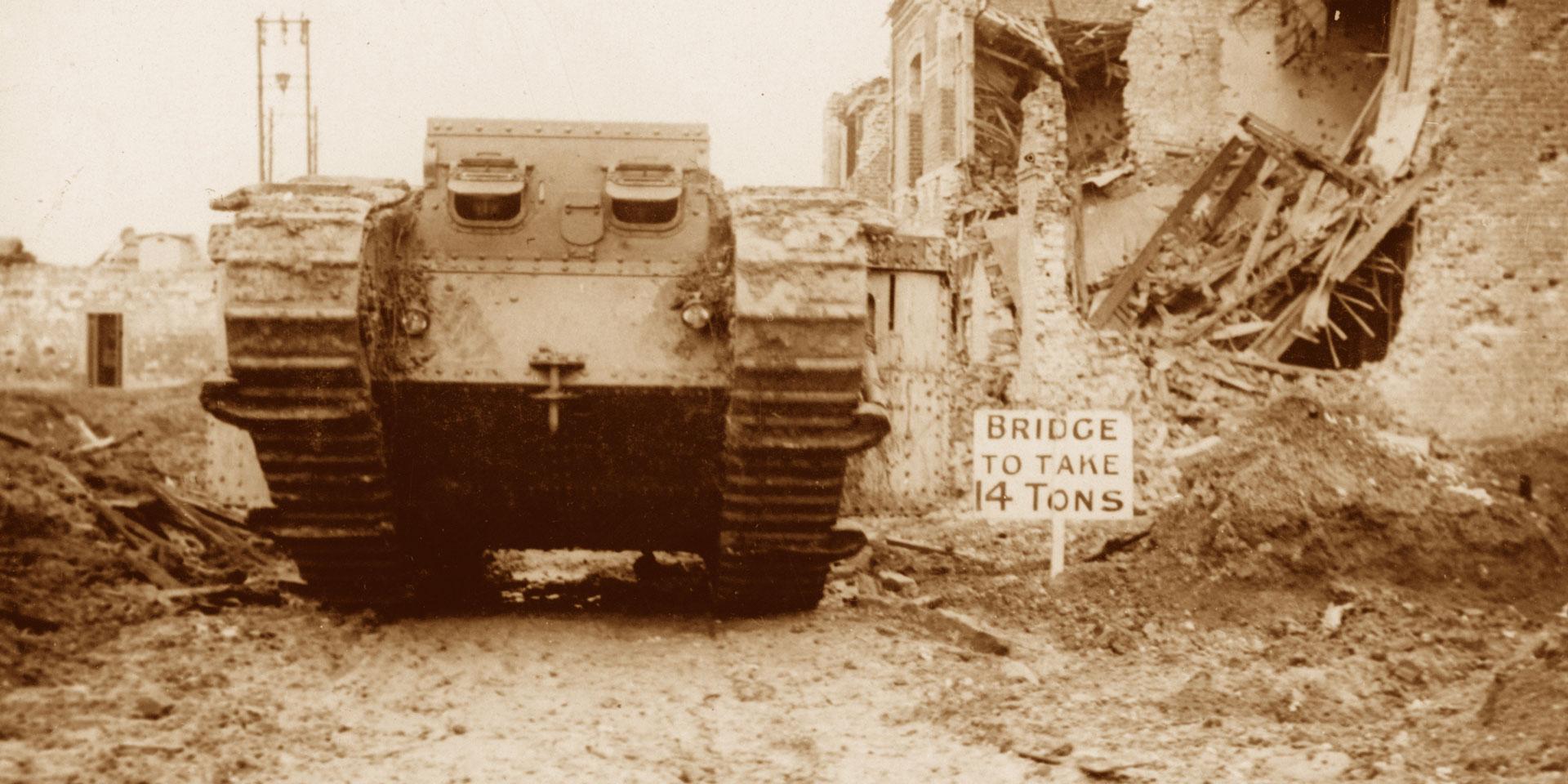 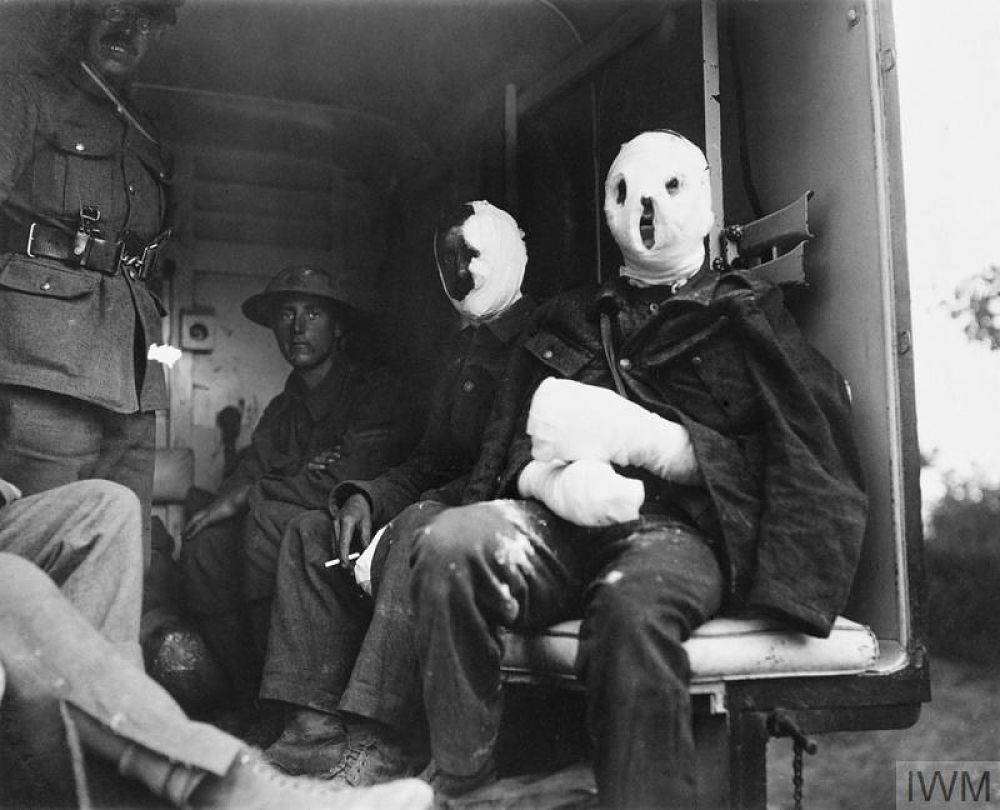 Bulgarian soldiers pose with british POWs at the battle of Doiran, 1917. 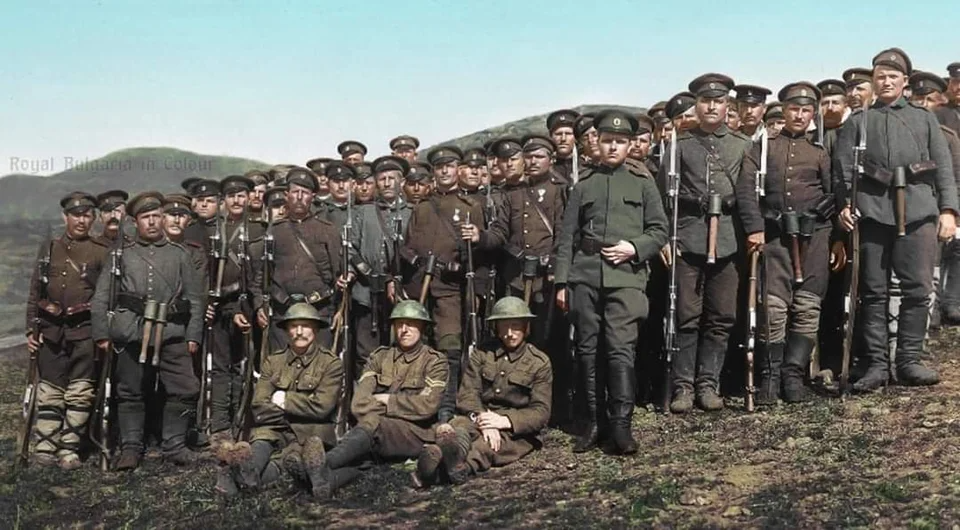 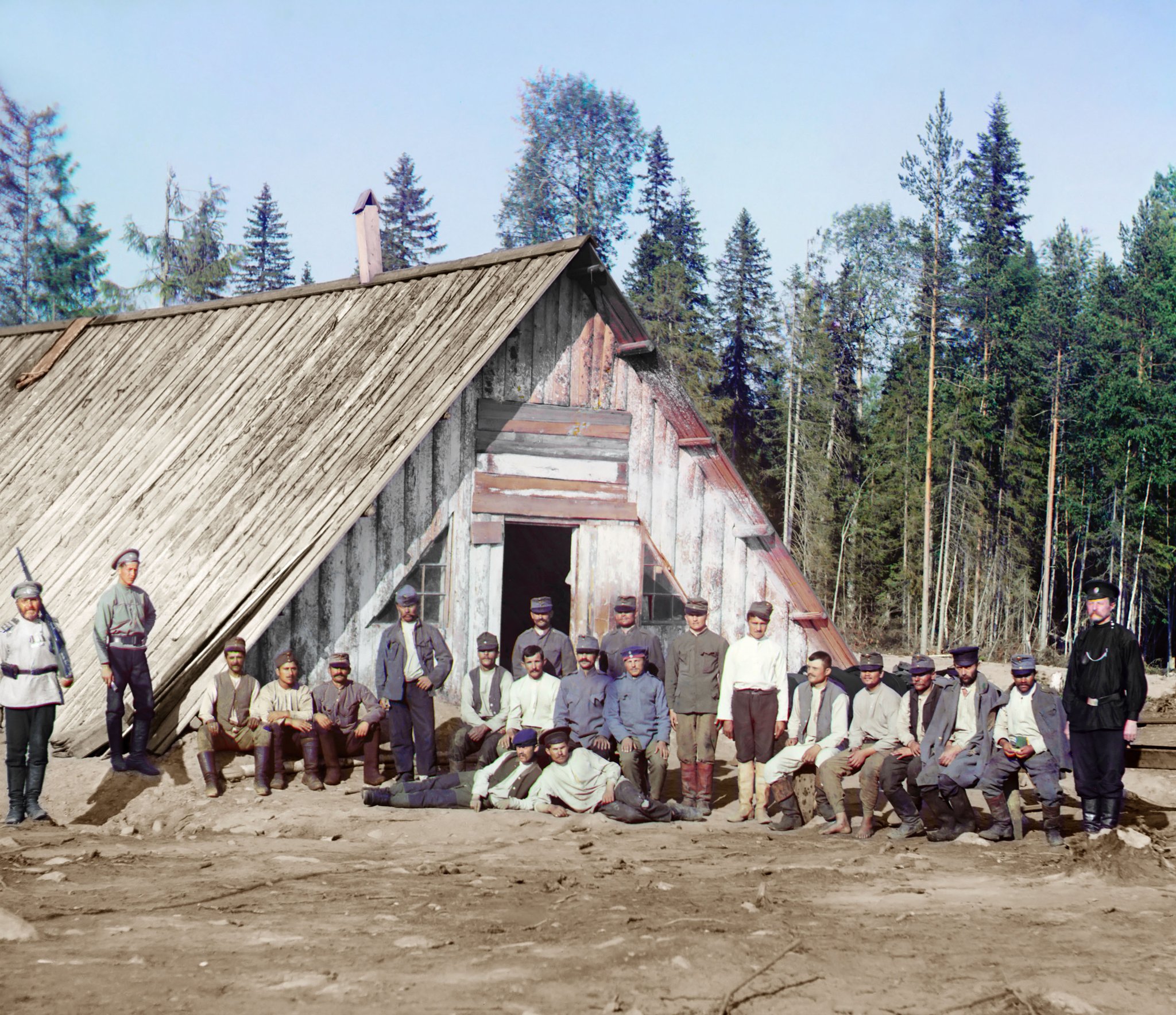 Sergey Mikhaylovich Prokudin-Gorsky (Russian: Сергей Михайлович Прокудин-Горский)
August 30 [O.S. August 18] 1863 – September 27, 1944 was a chemist and photographer of the Russian Empire. He is best known for his pioneering work in colour photography and his effort to document early 20th-century Russia.

Using a railroad-car darkroom provided by Tsar Nicholas II, Prokudin-Gorsky traveled the Russian Empire from around 1909 to 1915 using his three-image colour photography to record its many aspects. While some of his negatives were lost, the majority ended up in the U.S. Library of Congress after his death. Starting in 2000, the negatives were digitized and the colour triples for each subject digitally combined to produce hundreds of high-quality colour images of Russia and its neighbors from over a century ago.
- Wikepedia

You should check out this site. The pictures and the technology are amazing.

Father and his son from the same German regiment read a letter from their respective wife and mother at the front, 1915. 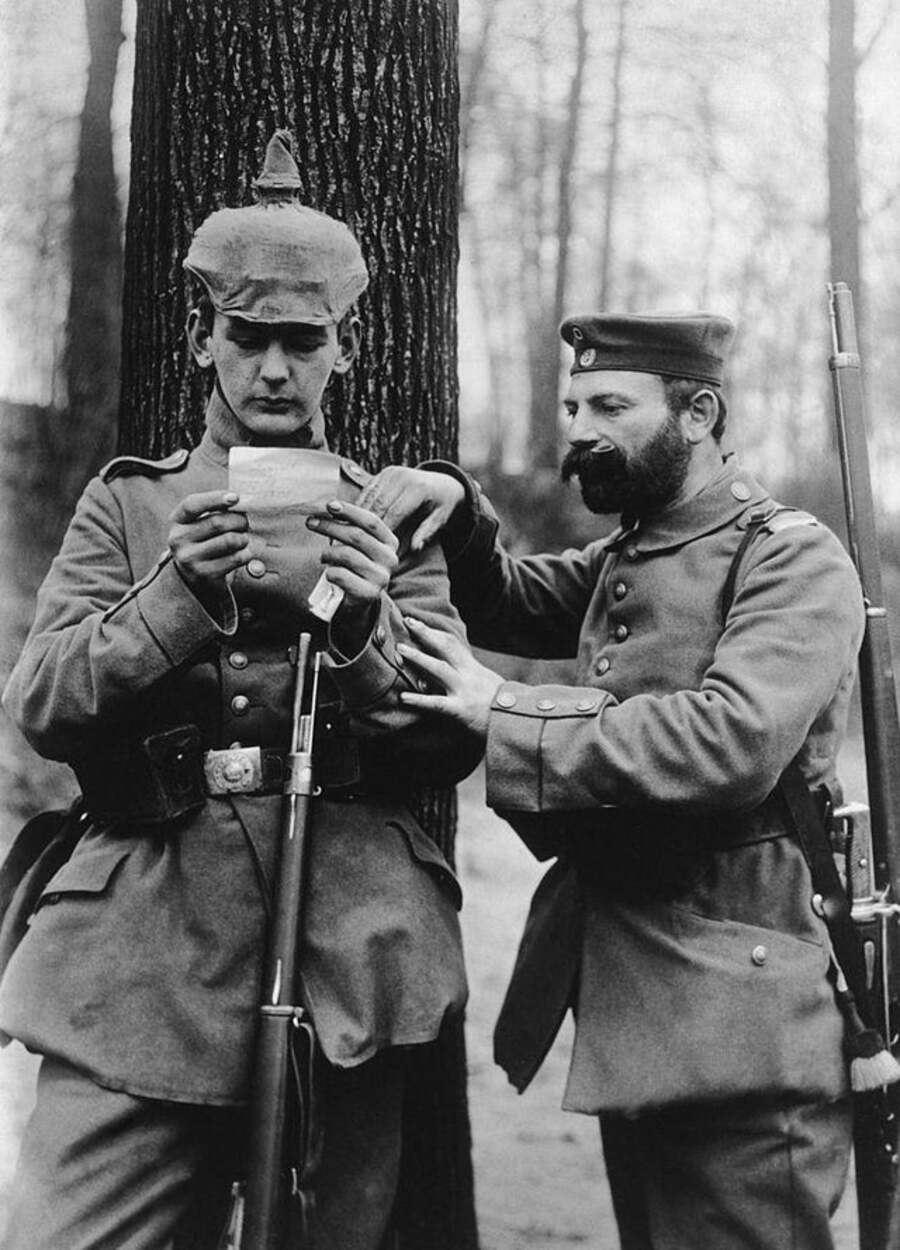 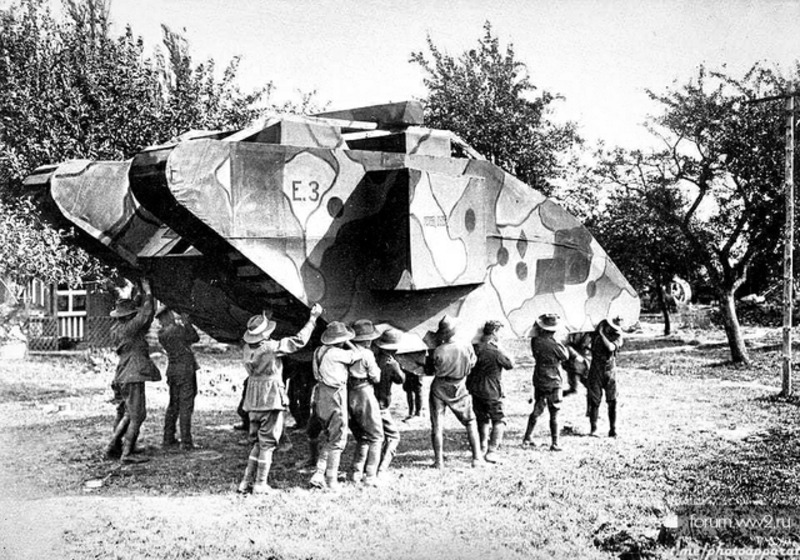 And here I am thinking the idea was original when the Allies had inflatable dummy tanks before Normandy.

One needs to keep a keen eye on those Aussies.

You wait until you see the Aussies new submarines!

German troops toasting the Happy New Year of 1918. The message on the boards reads: "Comrades in the East already drink for peace". 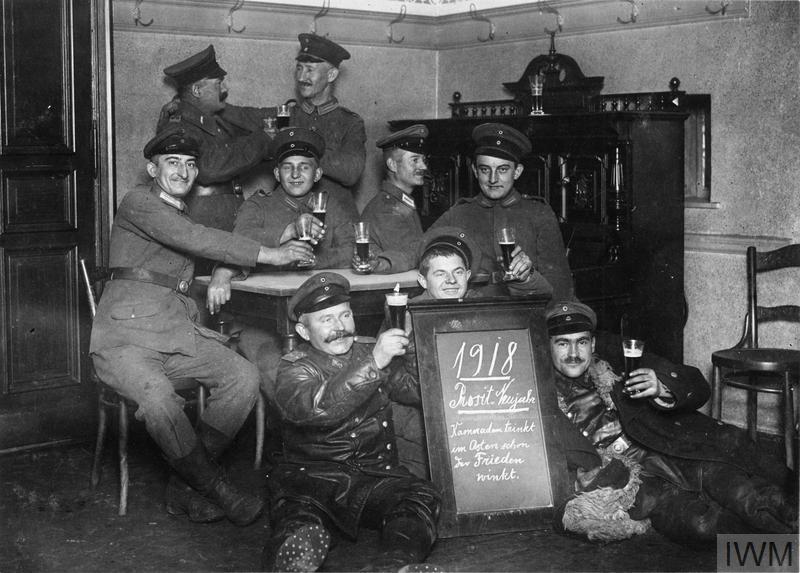 Canadian soldiers after the battle of Flers-Courcolette, 1916. 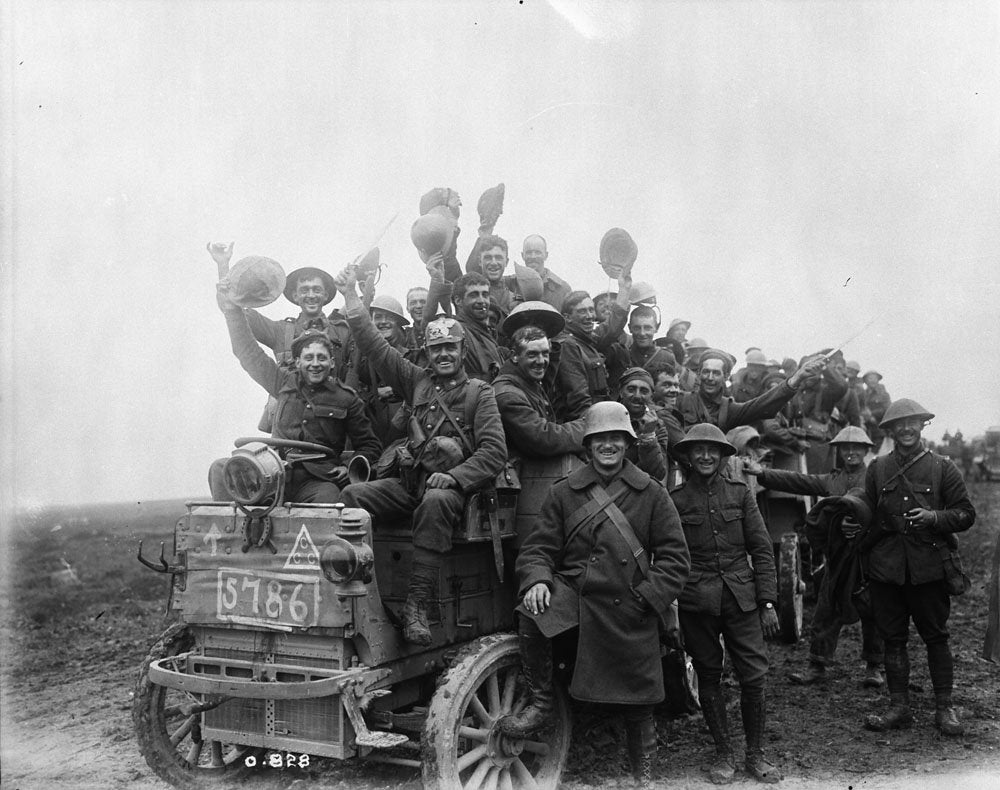 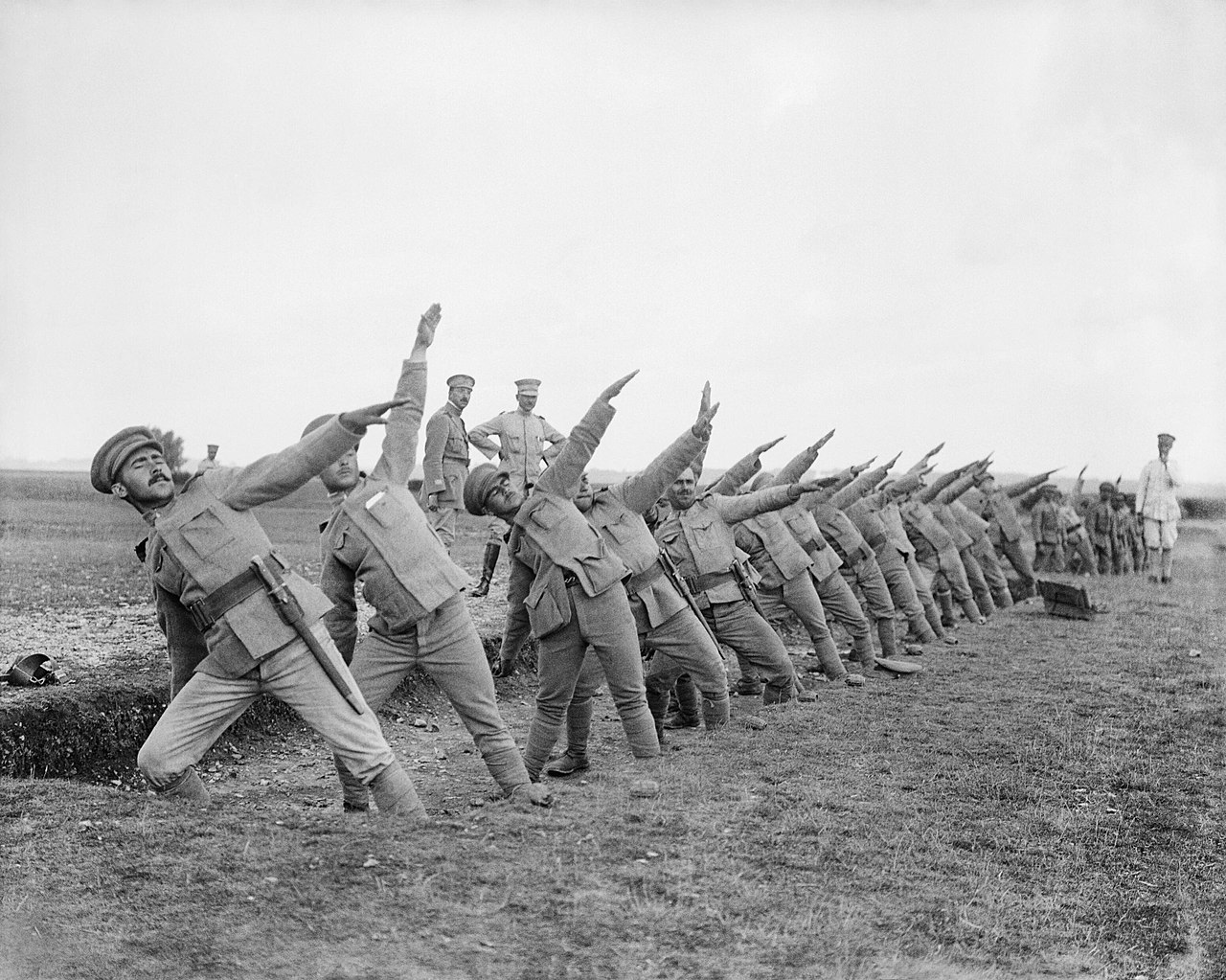 Boy, that looks pretty awkward to me.