On Aug 10, 1918 German ace Erich Loewenhardt (born April 7, 1897) died when his parachute failed to deploy after he collided with another German pilot. He was the 3rd highest scoring German ace of the war with 54 kills and was 21 years old at the time of his death. 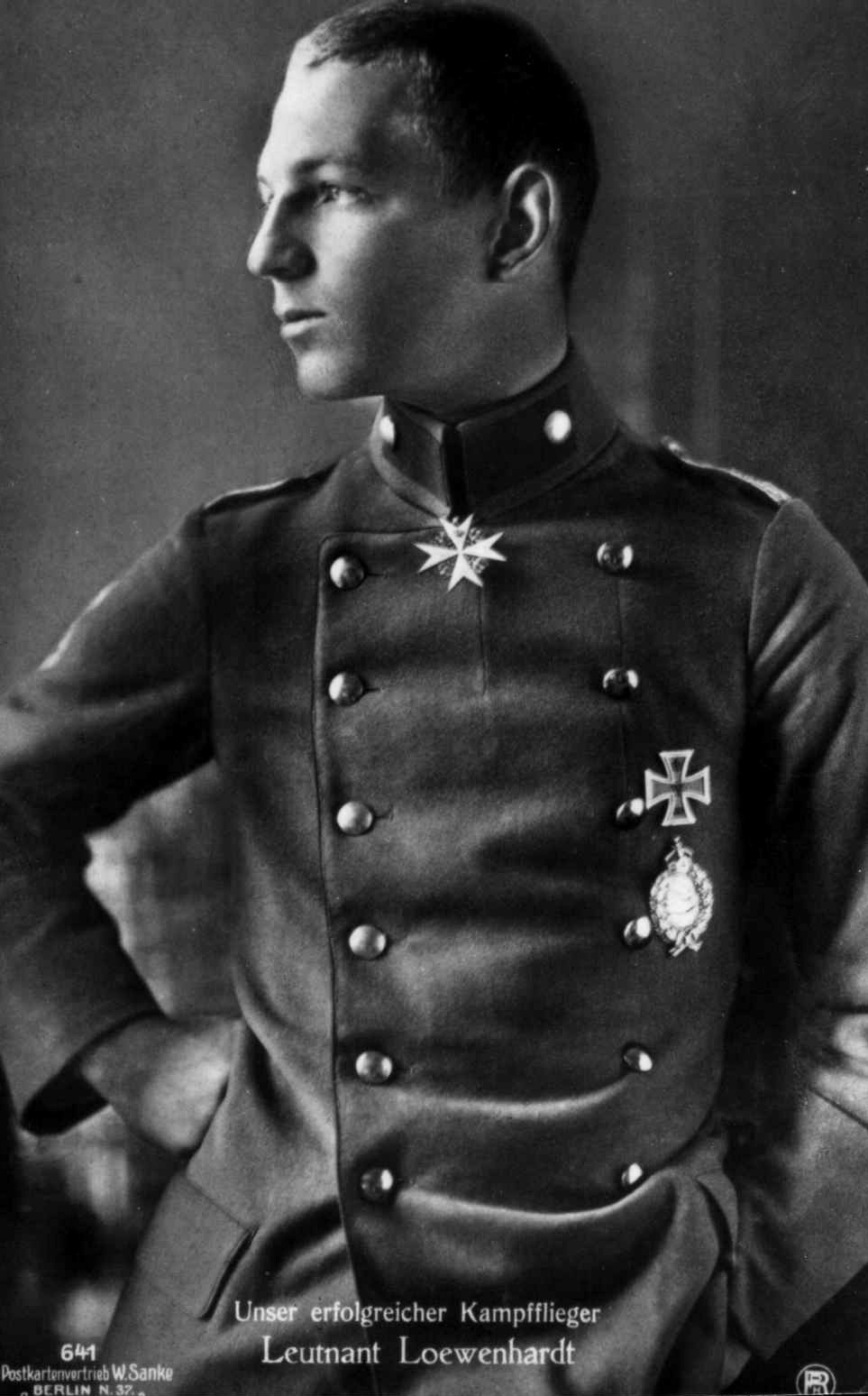 On parachutes in WWI:

"....Each pilot seriously considered his options should fire break out miles above the Earth. He would have little time to decide; such a wind-blown inferno was capable of consuming the aeroplane within minutes, leaving a terribly-burned pilot to tumble helplessly to the ground.

Ace Raoul Lufbery told Rickenbacker that he’d never jump but try to maneuver his plane so as to extinguish the flames. Others vowed to exercise their last shred of human dignity and decide their own fate by jumping overboard. Still others took their service pistol aboard for another grisly option. Yet for all of their bravura, none of these young pilots quite knew what he would do if faced with such a desperate situation.
“…..Most of these conversations would have been rendered mute had headquarters issued parachutes. Parachutes did exist, although rudimentary by today’s standards. Men in observation balloons used them throughout the war to escape when enemy aircraft set their gasbags ablaze. During the last six weeks of the war, German aviators donned them and Eddie saw several deploy. One saved German ace Ernst Udet’s life.

American pilots never wore them because the higher ups—who had never flown themselves before—believed that these devices would make a pilot likely to jump out at the first hint of danger. Too many planes would be lost.

“We knew [parachutes] were being worked on,” noted Doug Campbell, the first ace in American service, “and we didn’t know why we didn’t have them…we would have been glad to have them.” After the fatal collision of two American pilots he knew, Eddie despaired, falling into “a very bad state of mind” to think that this relatively cheap technology would “without question” have saved the two men’s lives. “Cannot help but feel,” Eddie confided to his journal, “that it was criminal negligence on the part of those higher up for not having exercised sufficient forethought and seeing that we were equipped with parachutes for just such emergencies.”

The courage of Eddie Rickenbacker and the young men flying those dangerous, new machines in war is extraordinary. When one realizes that they did so even when denied life-saving technology makes their efforts even more remarkable.

The understanding that pilots were difficult to train and far more valuable than aircraft didn’t sink in until a year after World War 1 ended. Parachutes were then issued.” Why weren't American pilots issued parachutes in World War 1? John F. Ross discusses the reasons for this and the harrowing choice faced by the pilots.

Funny vintage photo of soldiers posing with fake military props. Removed momentarily from the war this portrait capture moments of camaraderie and humanity. 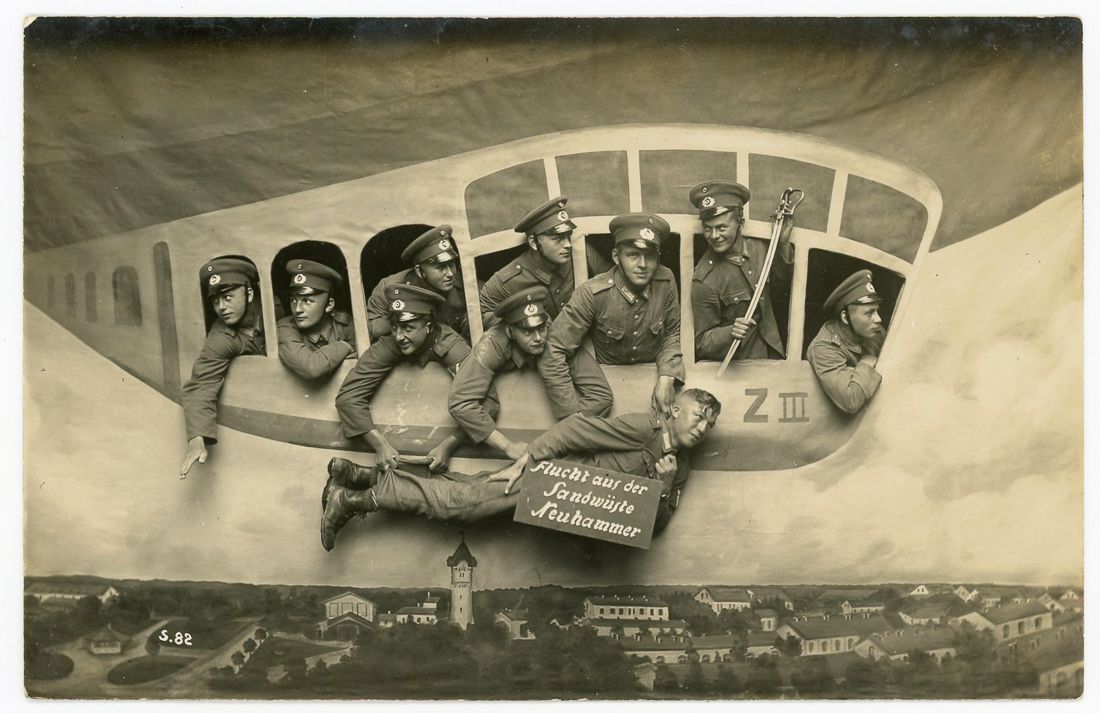 Can anyone translate the placard?

This what I read: