The Spanish Civil War was a major conflict in Spain that started after an attempted coup d'Ã©tat by a group of Spanish Army generals, supported by the conservative Confederación Española de Derechas Autónomas (C.E.D.A), Carlist groups and the fascistic Falange Española de las J.O.N.S., against the government of the Second Spanish Republic, then under the leadership of president Manuel Azaña.


​
The Civil War devastated Spain from 17 July 1936 to 1 April 1939, ending with the victory of the rebel forces, the overthrow of the Republican government, and the founding of a dictatorship led by General Francisco Franco.

In the aftermath of the civil war, all right-wing parties were fused into the state party of the Franco regime.

Republicans (republicanos) gained the support of the Soviet Union and Mexico, while the followers of the rebellion, nationalists (nacionales), received the support of Italy and Germany, as well as neighbouring Portugal.

The war increased tensions in the lead-up to World War II and was largely seen as a possible war by proxy between the Communist Soviet Union and the Fascist Axis of Fascist Italy and Nazi Germany.

In particular, tanks and bombing of cities from the air were features of the later war in Europe. The advent of the mass media allowed an unprecedented level of attention (Ernest Hemingway, Martha Gellhorn, George Orwell and Robert Capa all covered it) and so the war became notable for the passion and political division it inspired, and for atrocities committed on both sides of the conflict.

Like other civil wars, the Spanish Civil War often pitted family members and trusted neighbours and friends against each other.

Apart from the combatants, many civilians were killed for their political or religious views by both sides, and after the war ended in 1939, Republicans were at times persecuted by the victorious Nationalists.
__________________
Last edited by a moderator: Jul 8, 2017

Bootie said:
The Cerro de los Ãngeles (Hill of the Angels) is a famous hill located in Getafe, Spain, about 10 km (6 miles) south of Madrid.

The site is famous for being considered the geographic centre of the Iberian Peninsula.

On top of the hill there is a 14th century monastery named Our Lady of the Angels (Nuestra SeÃ±ora de los Ãngeles), as well as the Monument to the Sacred Heart [of Jesus] (Monumento al Sagrado CorazÃ³n), built in 1919 to dedicate the country and inaugurated by king Alfonso XIII.

Several Spanish Civil War battles occurred on the hill, resulting in the destruction of the original monument. Bullet marks dating from the war can be seen on the Sagrado CorazÃ³n monument as well as the walls of the monastery.

After the war, the victorious government moved the remains of the monument across the esplanade and rebuilt a bigger version with an underground church.

Members of the International Brigades in the Medical School of the University of Madrid, in the western outskirts of Madrid. The Fascist rebels were mounting a major offense in order to capture Madrid. 1936

Civilians of Gibraltar and spanish refugees watch the bombardment of Algeciras city. Aug 1936.

Great picture Louis... now if I could just make a map in CMFI that looks like the countryside in the pic...

Anarchists of the CNT militia receiving their weapons (1936)

Trench in front of the Clinical Hospital, Madrid, march 1937.

Then & now...
Image of the Catalunya square after the outbreak of the civil war, on July 19, 1936 in Barcelona. 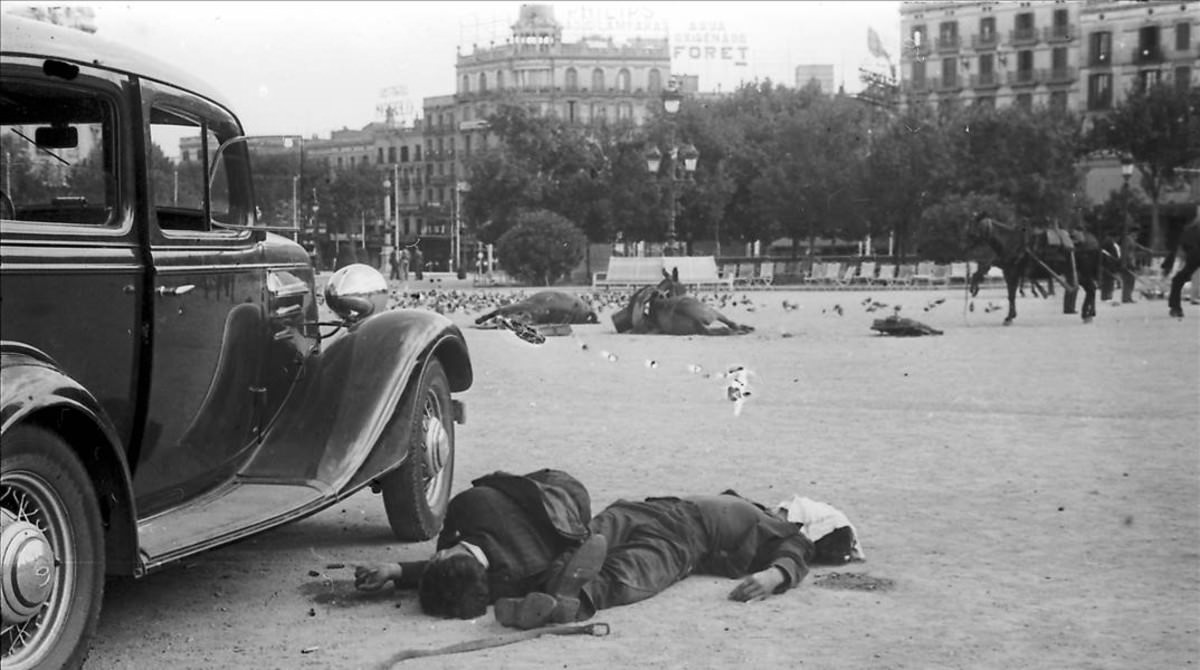 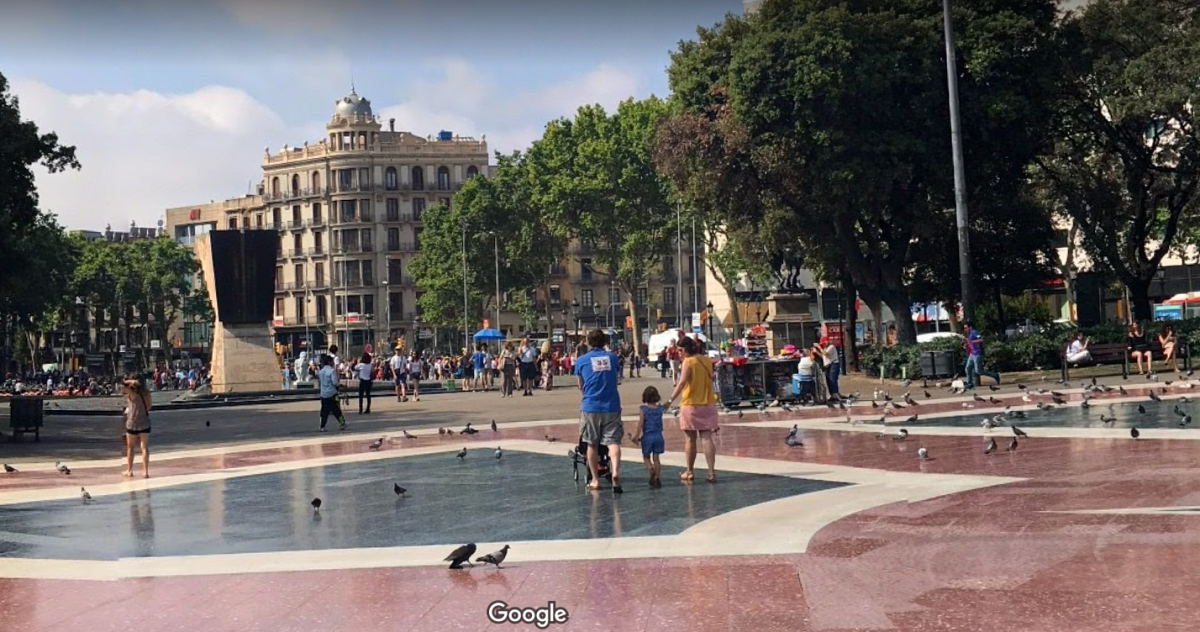 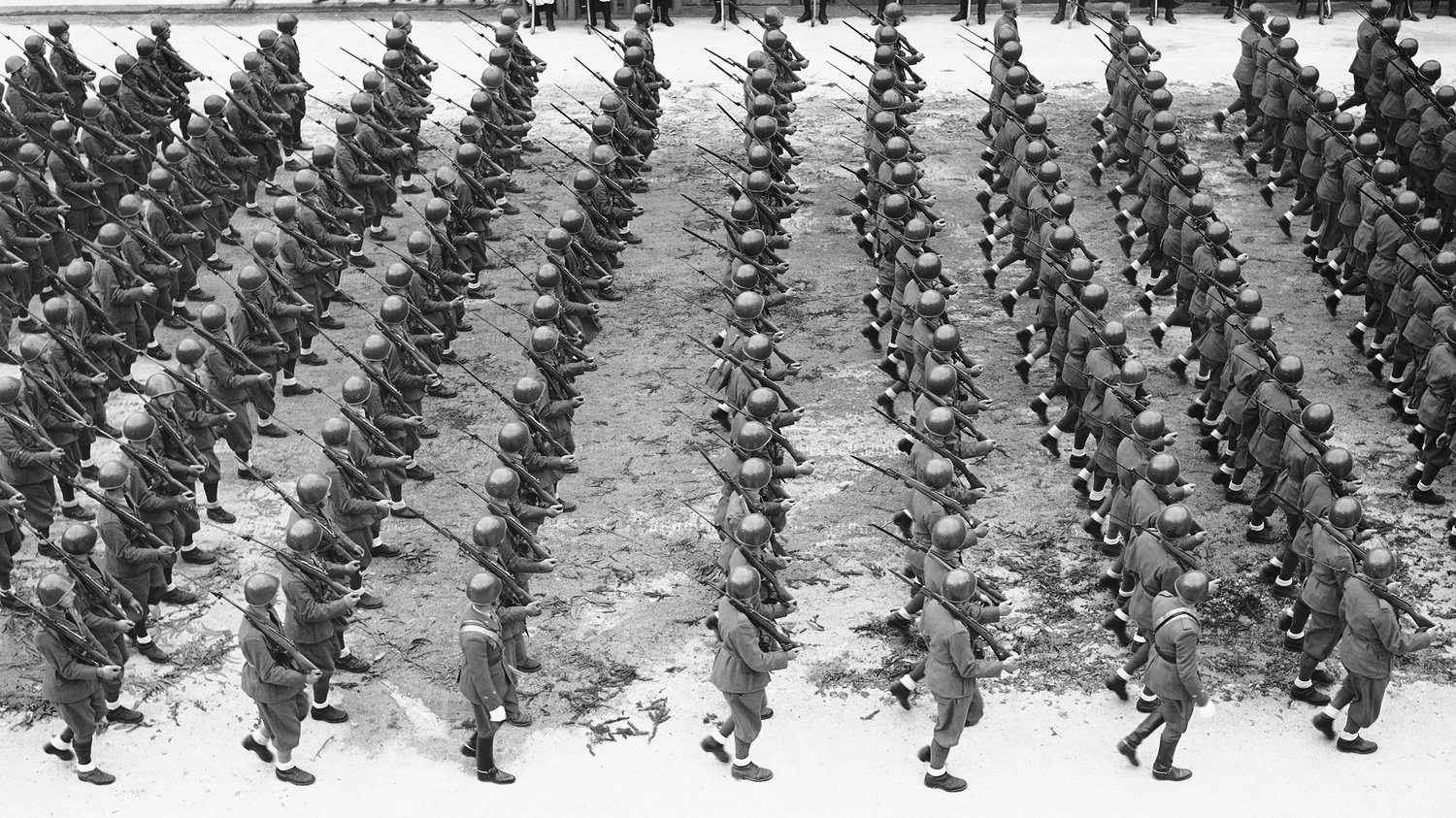 The Condor Legion as it passed through a street in Vigo, shortly after the end of the war. 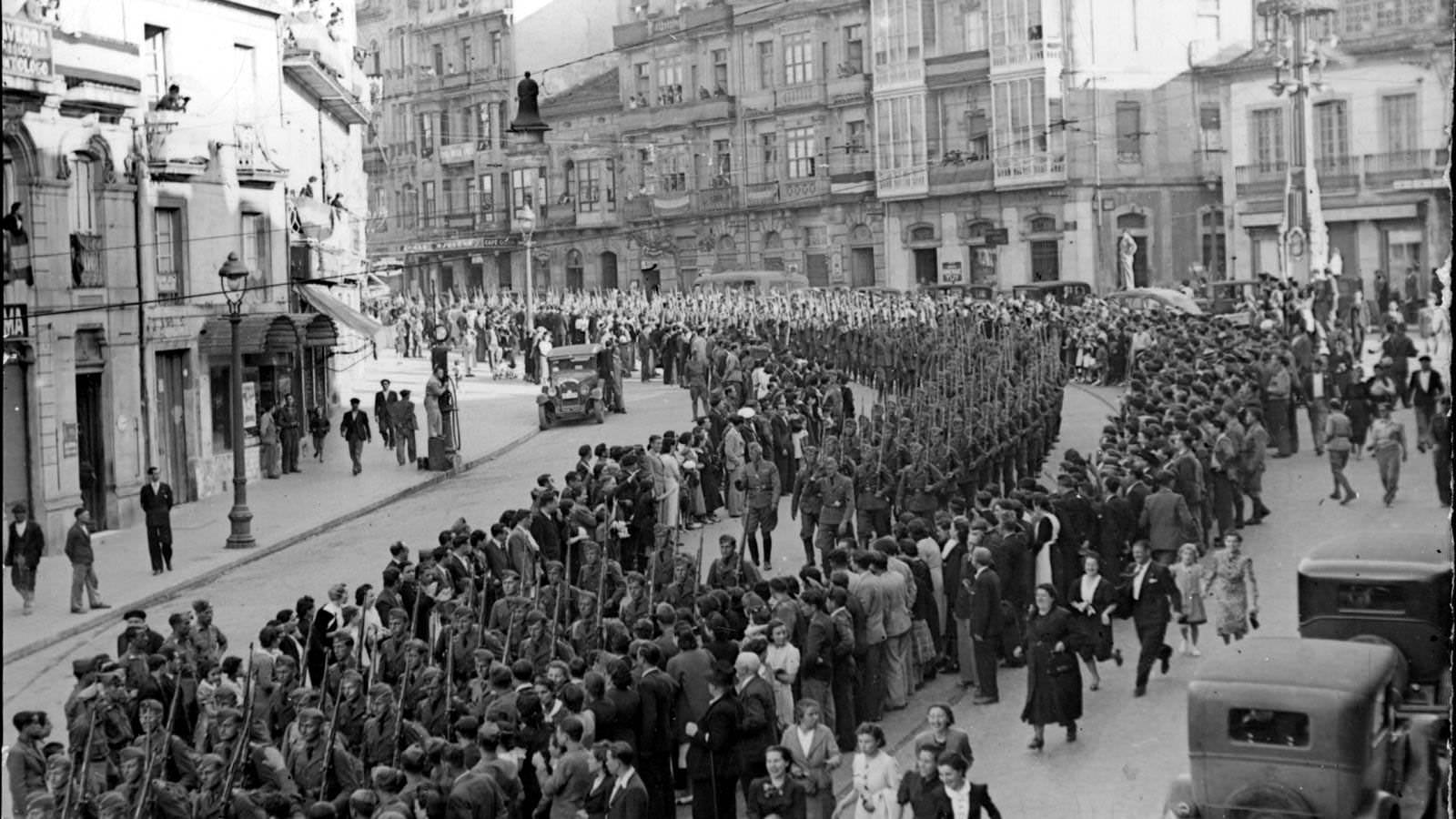 Rescue members of the Red Cross of Barcelona work to locate survivors after a Francoist bombing in 1938. The novelty of the image is the sanitary hat. On a white background, you can differentiate hundreds of meters away the red cross on the head of the nurses. The reason? In the event of a new attack, the enemy pilots could see that the members of the Red Cross were looking for the wounded and not engaging in war actions. 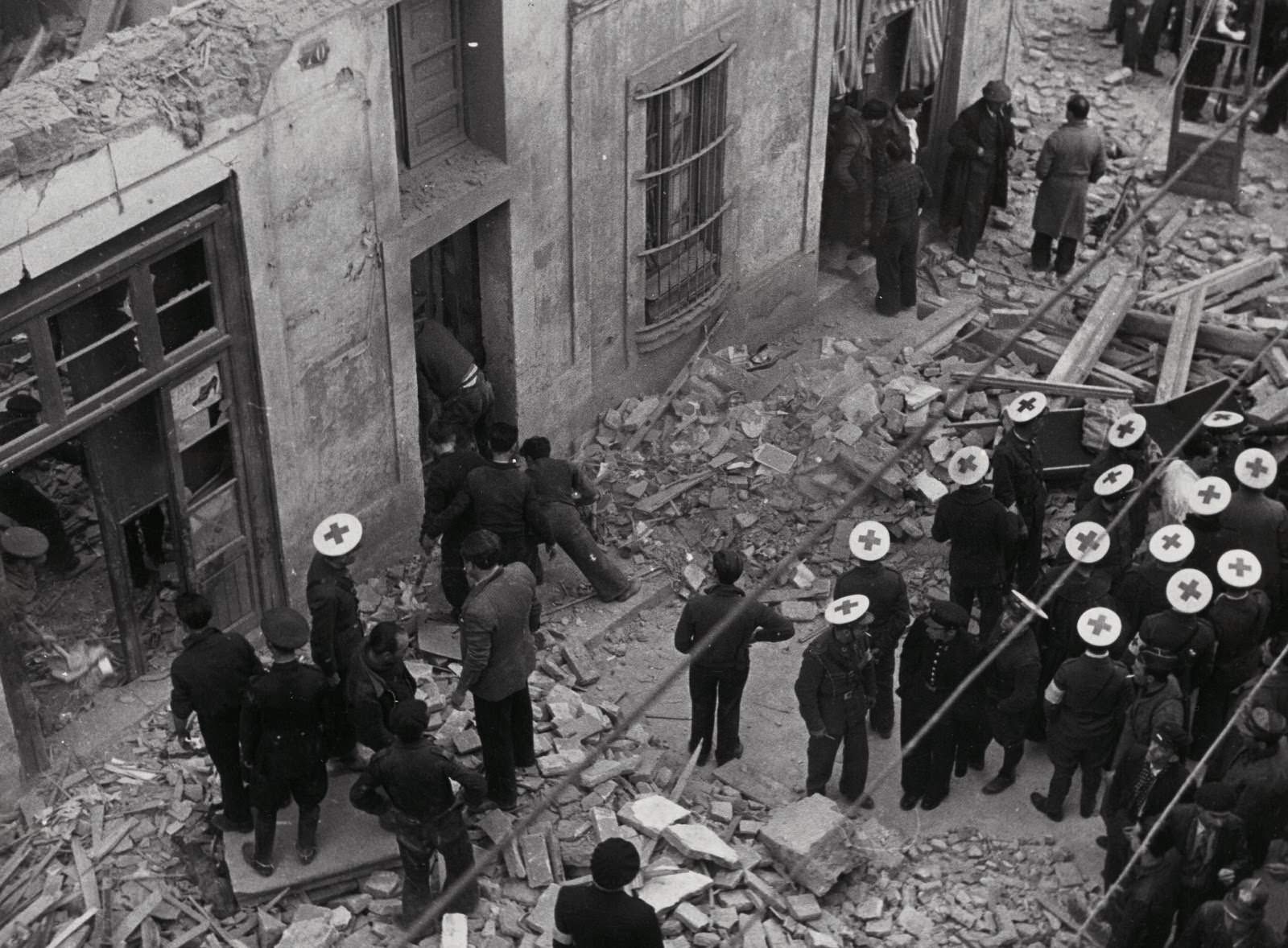 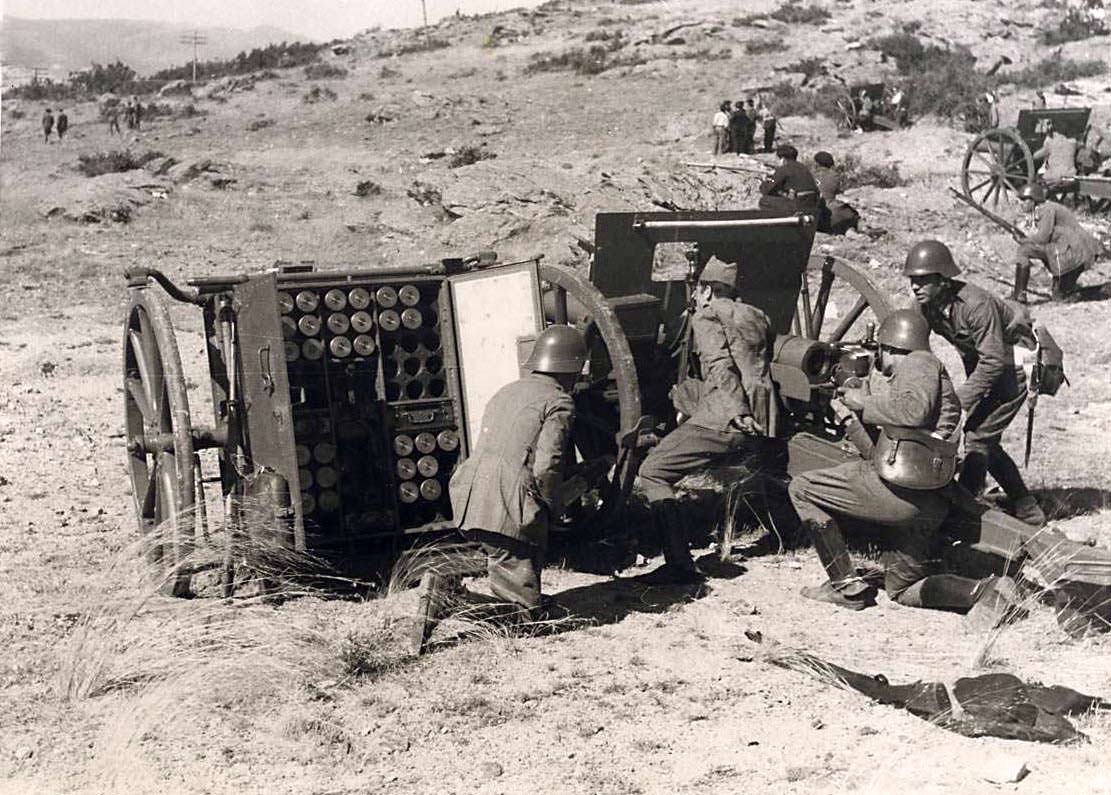 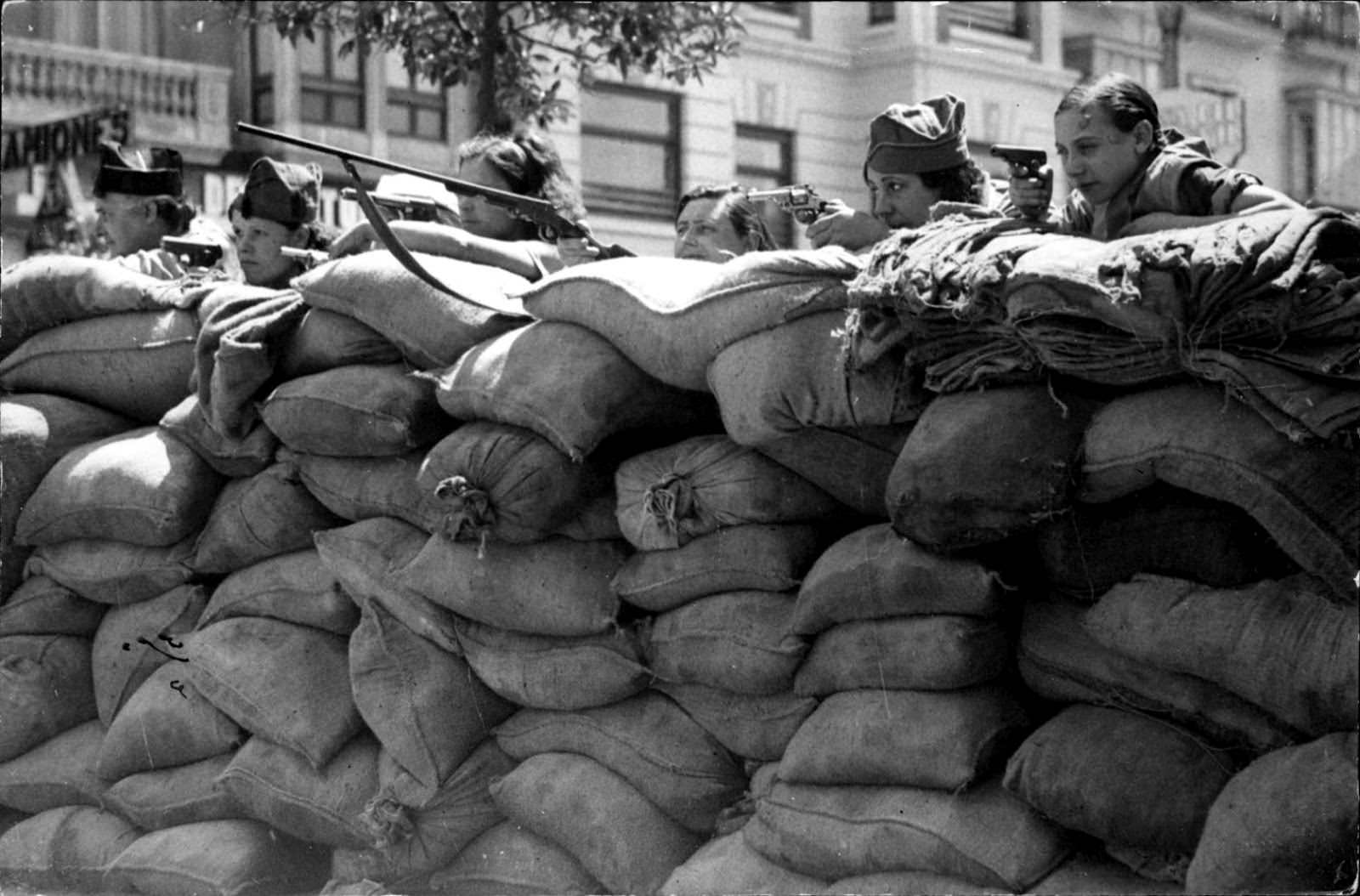 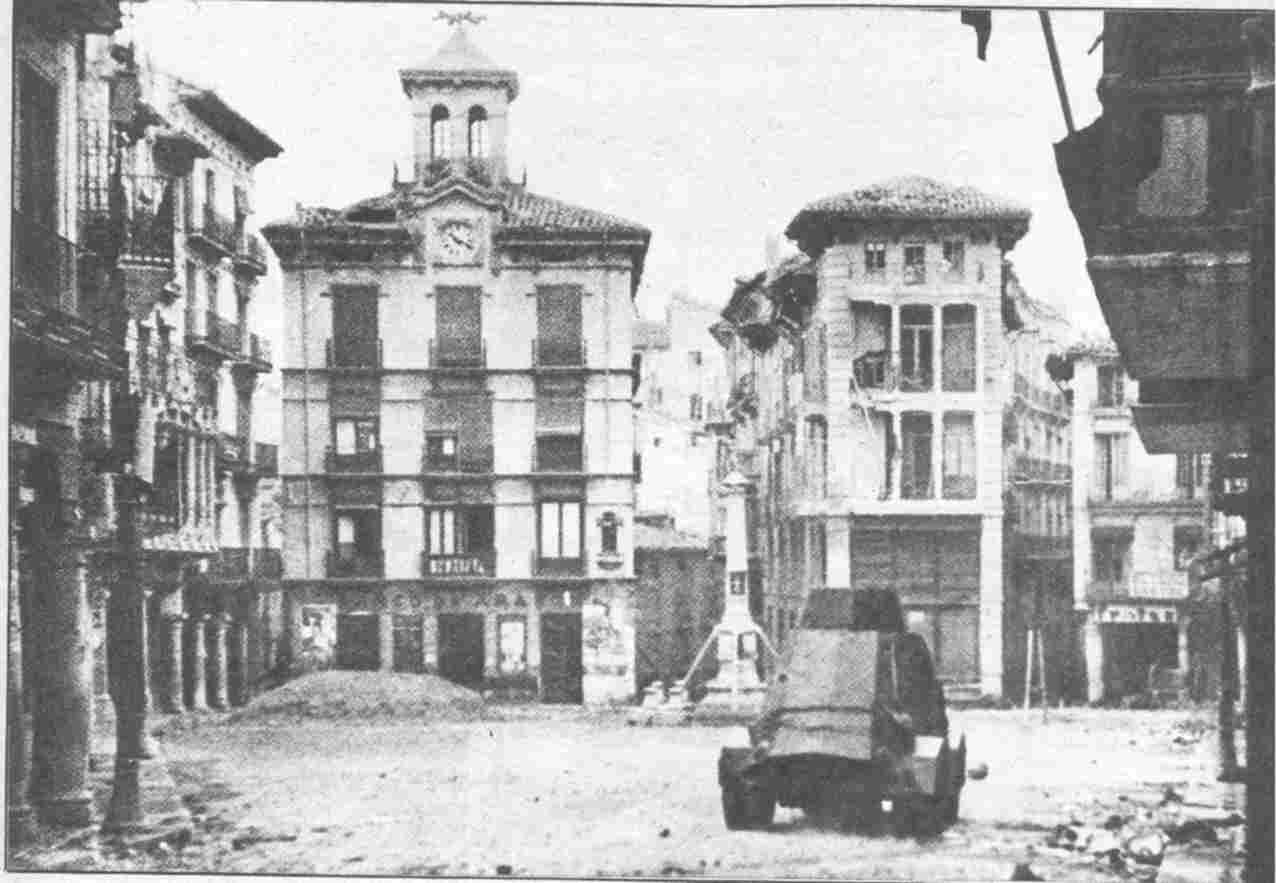 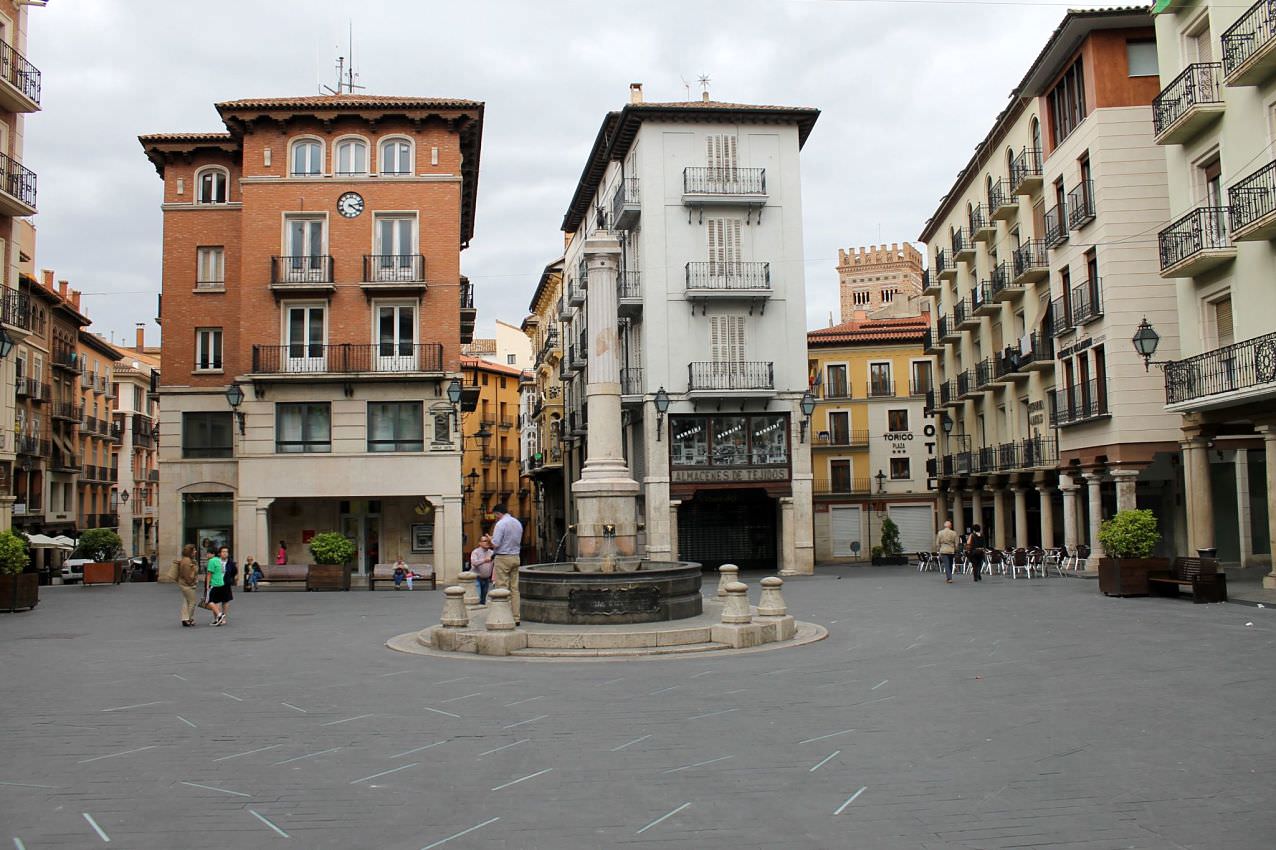 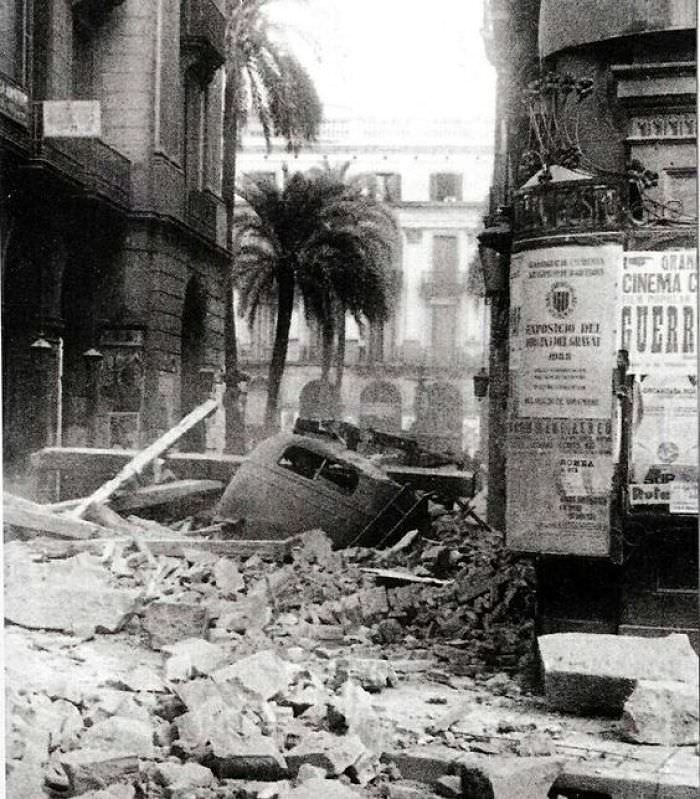 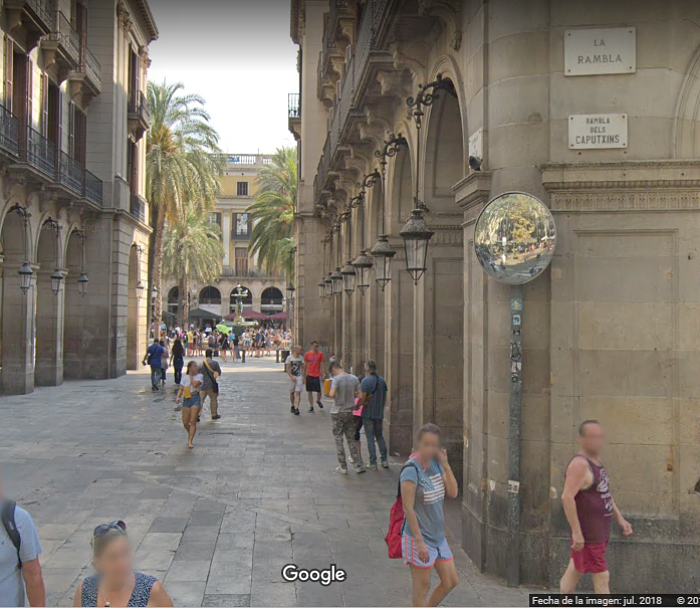 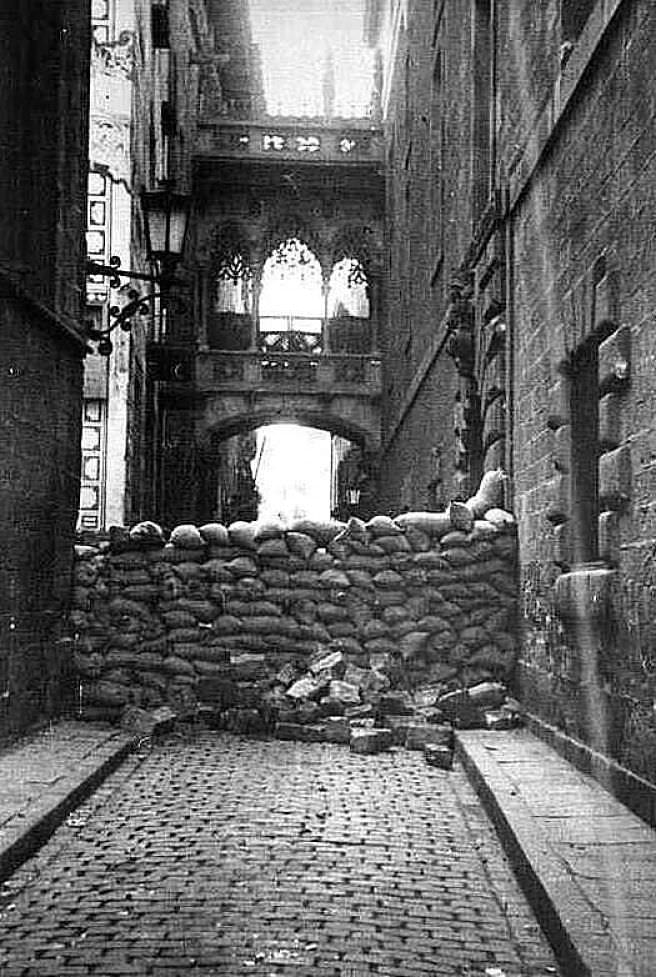 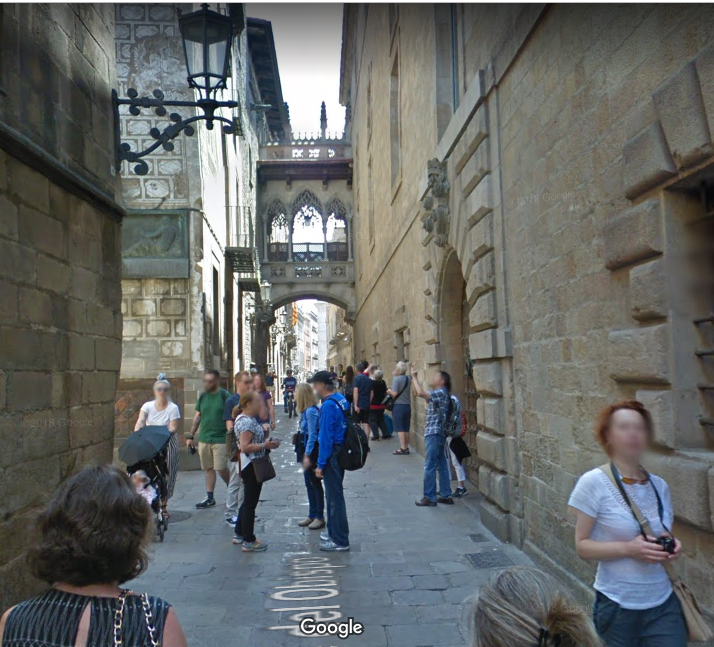