Members from The New Jersey division of the German-American Bund parade past a reviewing stand in N.J., on July 18, 1937. 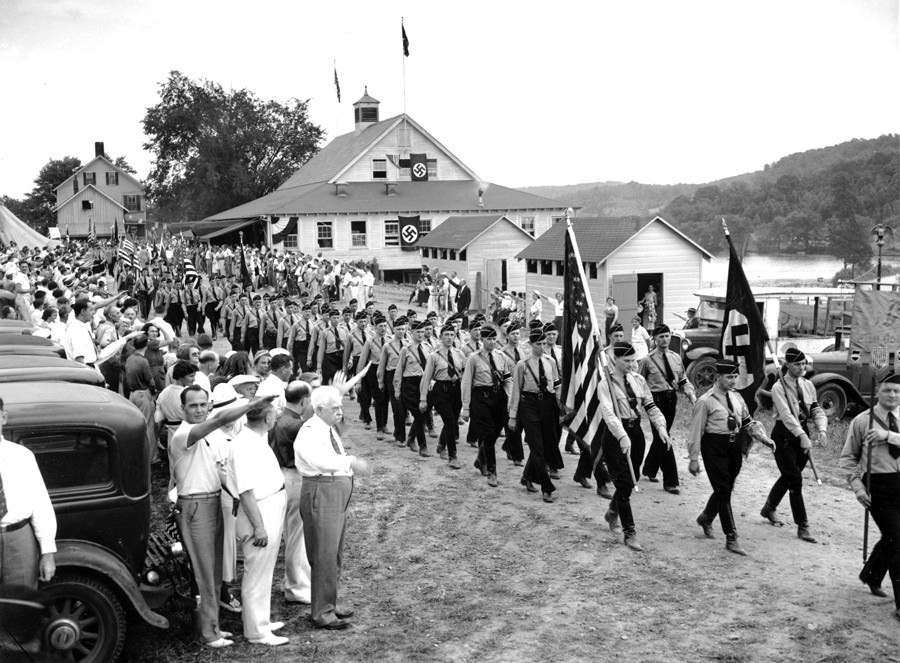 Buenos Aires, april 10,1938: the largest Nazi act outside of Germany celebrating the annexation of Austria to the Third Reich.
Some 20,000 Nazi supporters attended a “Day of Unity” rally held at the Luna Park stadium in Buenos Aires to celebrate the Anschluss. 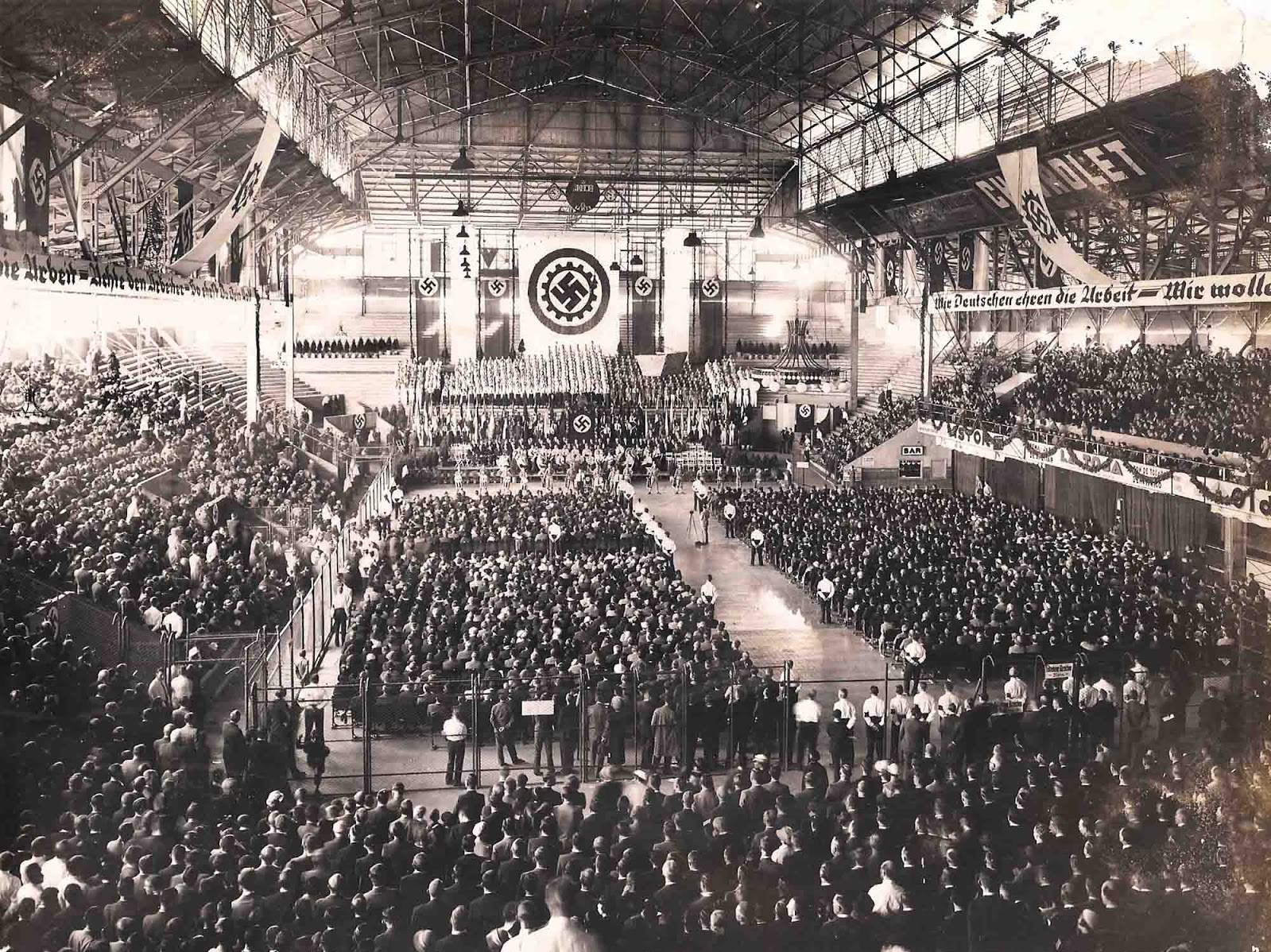 Not a bad banner contender if needed.

Then & now...
The Hindenburg flies over the Olympic Stadium, Berlin, Aug 1, 1936, during the opening ceremony of the Olympic Games. 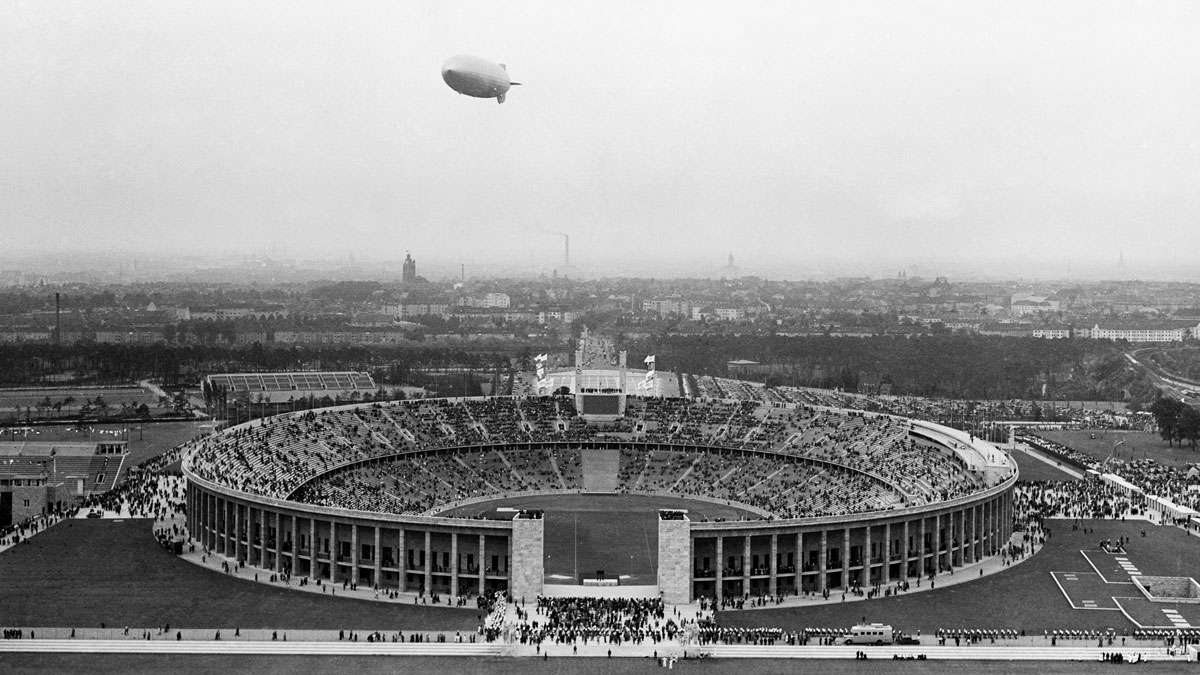 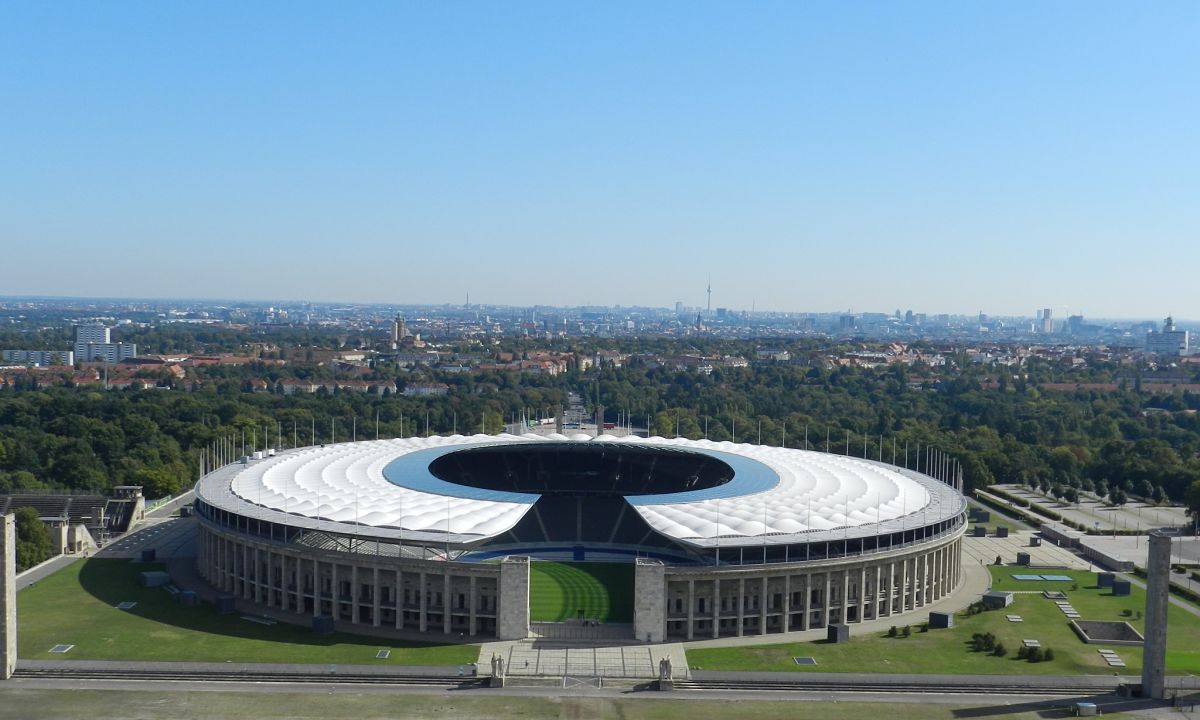 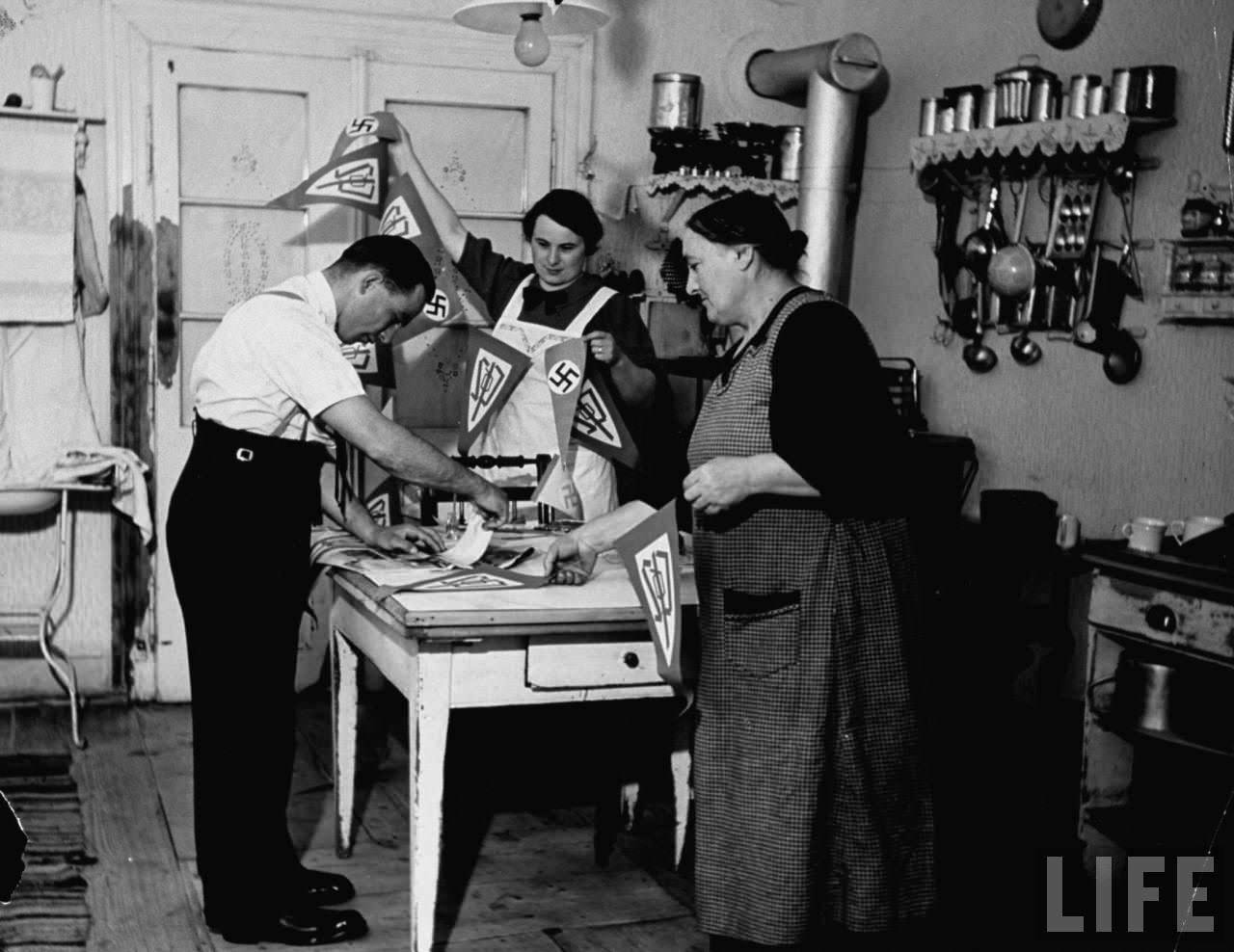 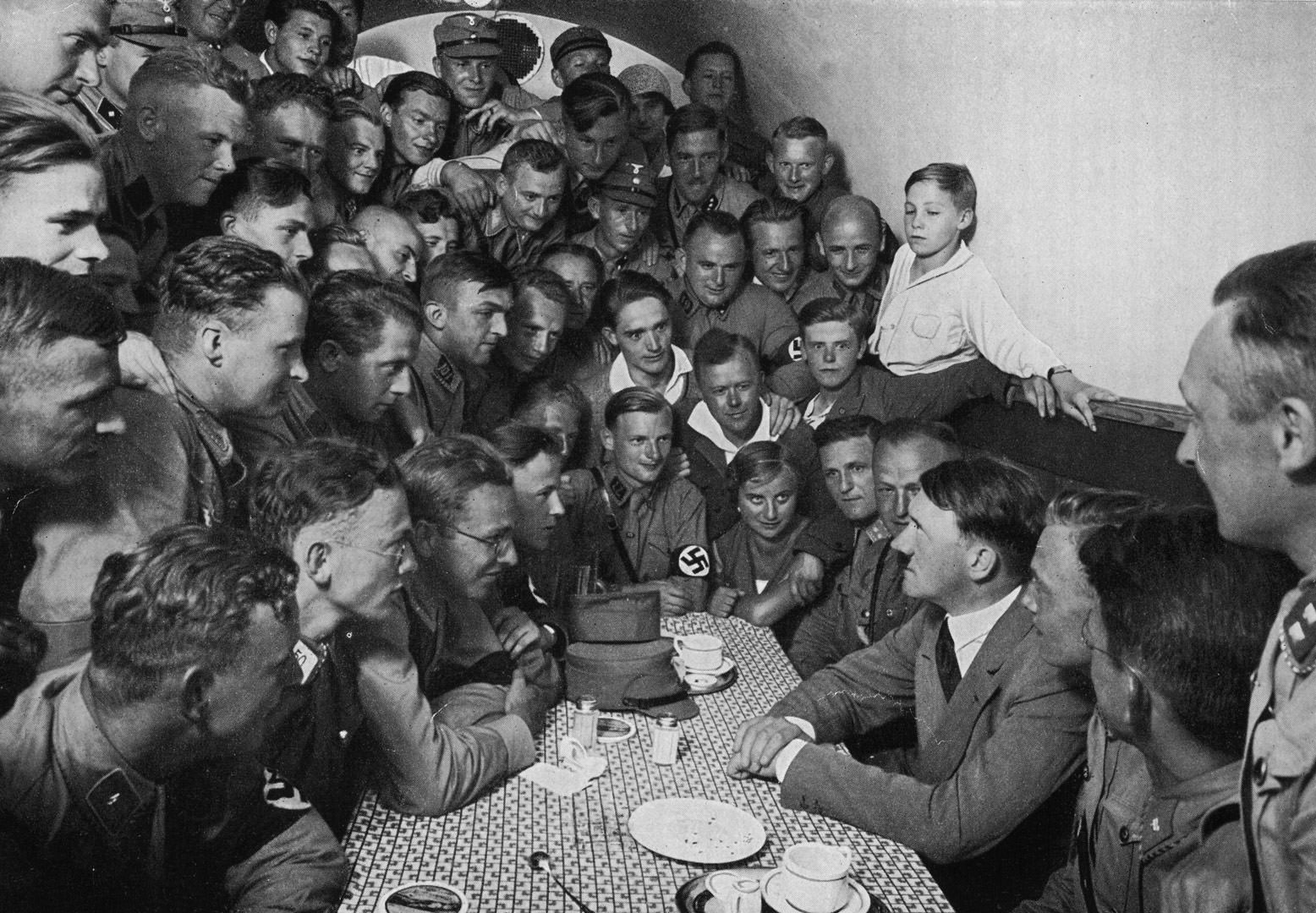 If they had just collapsed on top of him and accidentally smothered him, the world could've been saved a whole lotta trouble. 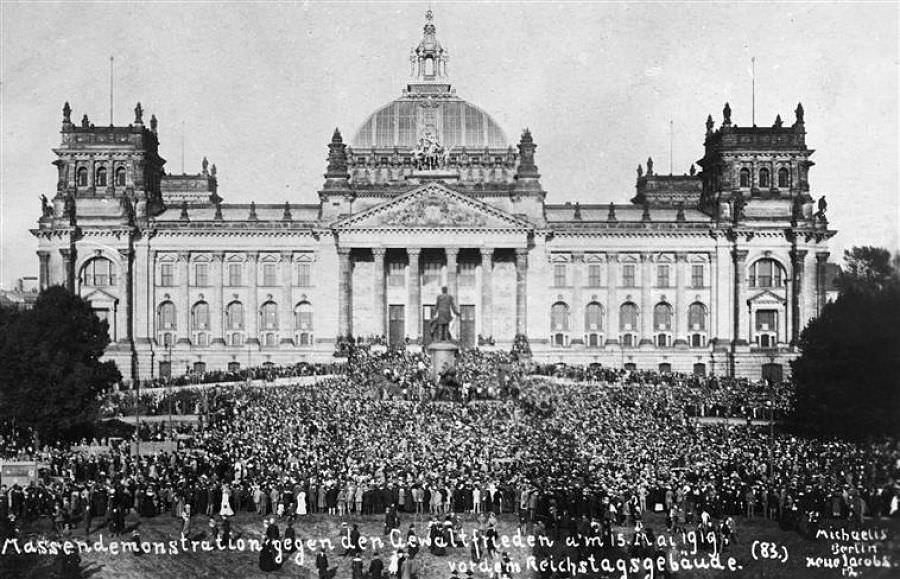 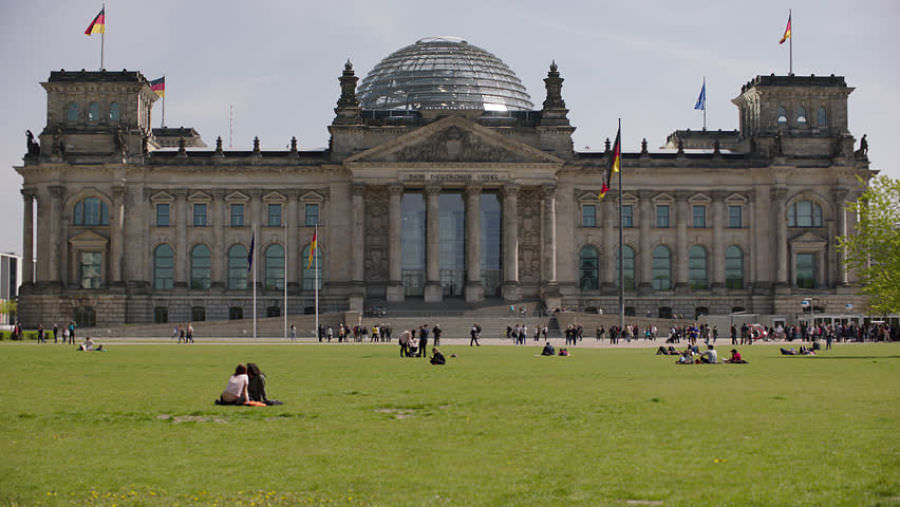 Then & now...
Russian communist revolutionary leader Vladimir Lenin giving a speech in to men of the Red Army leaving for the front, during the polish-soviet war. Moscow, May 5, 1920. 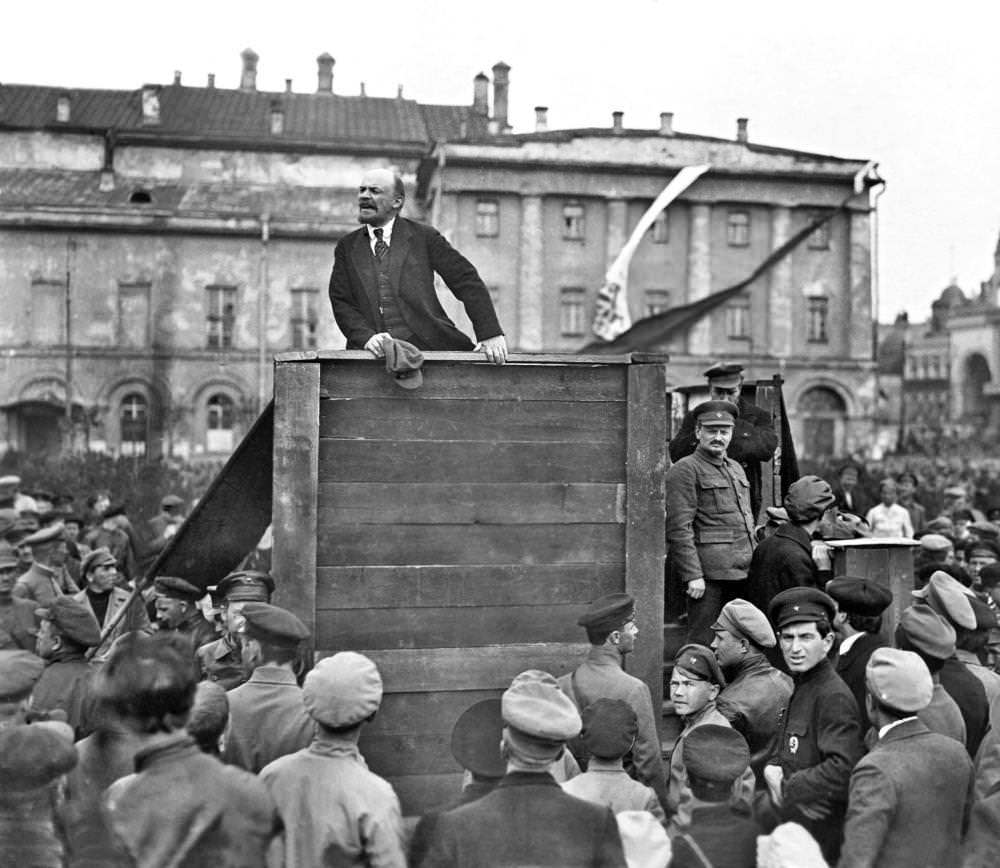 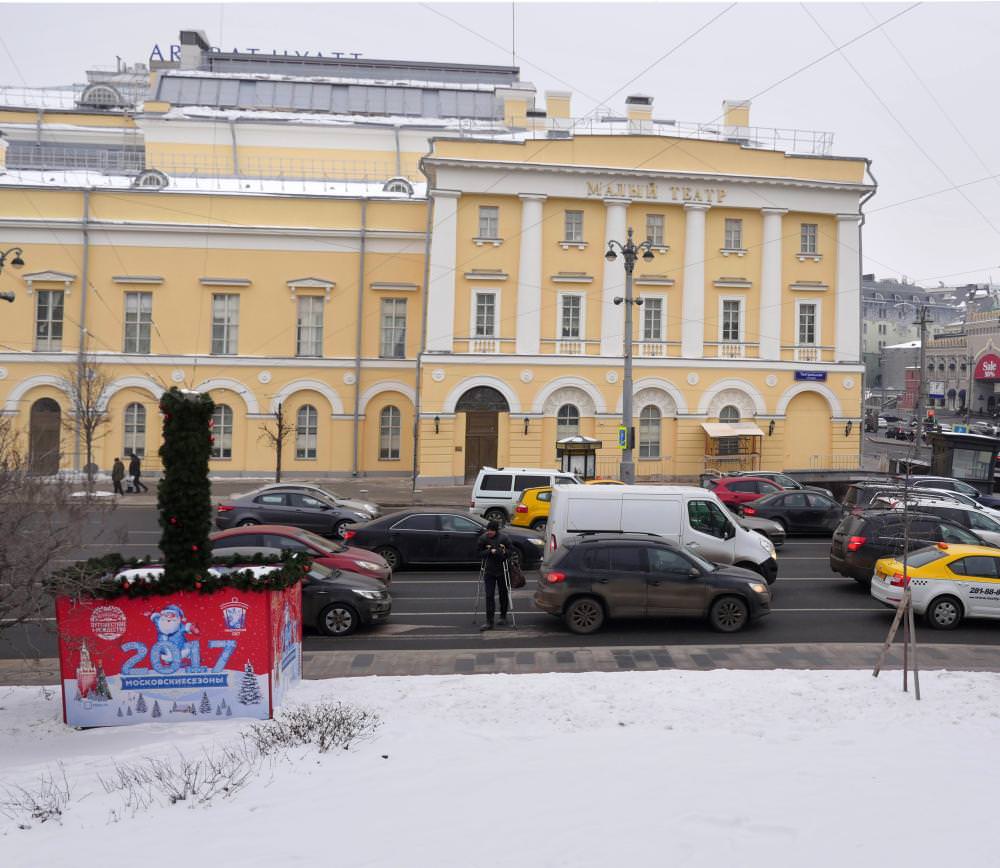 The birthplace of Adolf Hitler in Braunau am Inn, Austria. 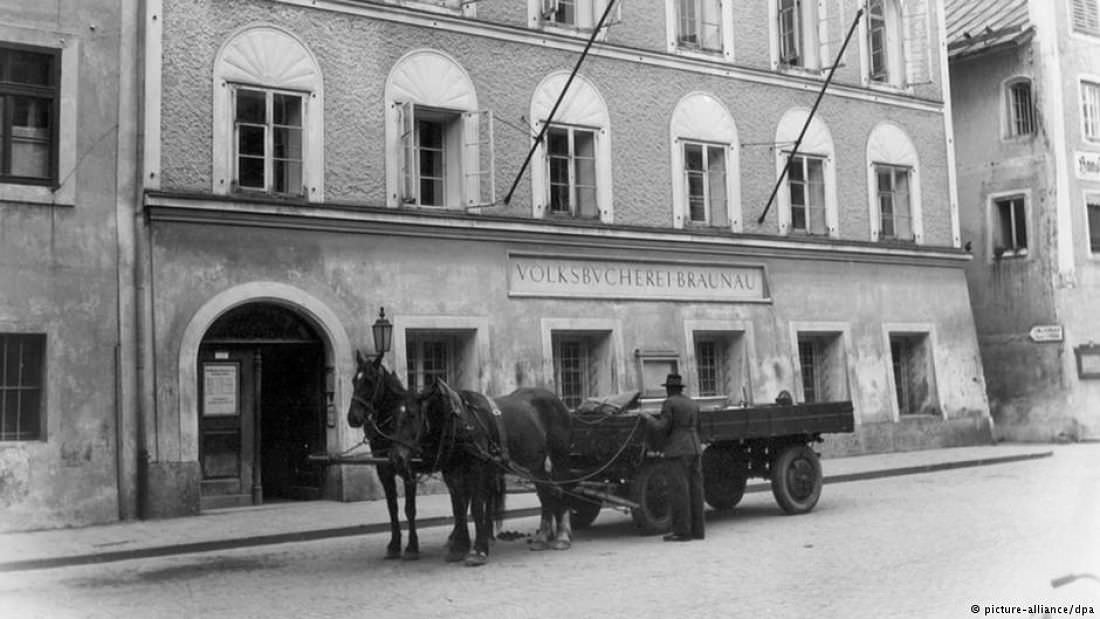 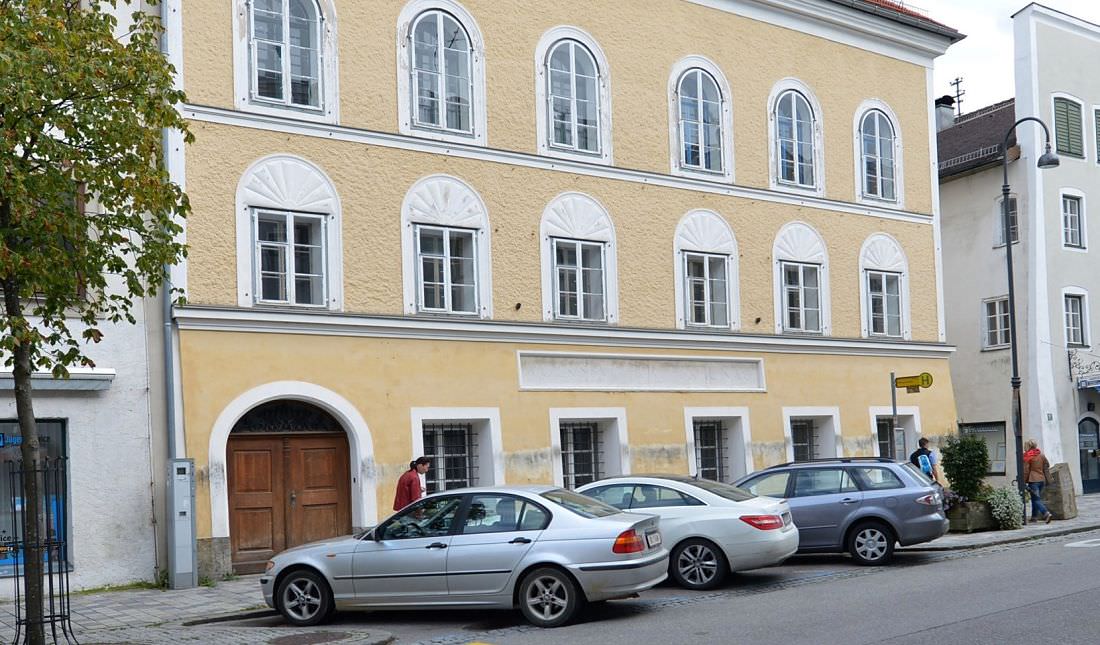 Louis said:
The birthplace of Adolf Hitler in Braunau am Inn, Austria.

So that's why there's a H on the side of the building.

Then & now... Mussolini face
The building Palazzo Braschi in Rome, like was displayed for the 1934 elections, in which Italians were called to vote either for or against the Fascist representatives list. The “SI SI…” lettering was propaganda for one of the two plebiscite elections held during the Fascist Regime, where electors didn’t vote for individual parties (there wasn’t any but the Fascist one), neither for single candidates, but just voted “Yes” or “No” to a single list of candidates presented by the Duce himself. 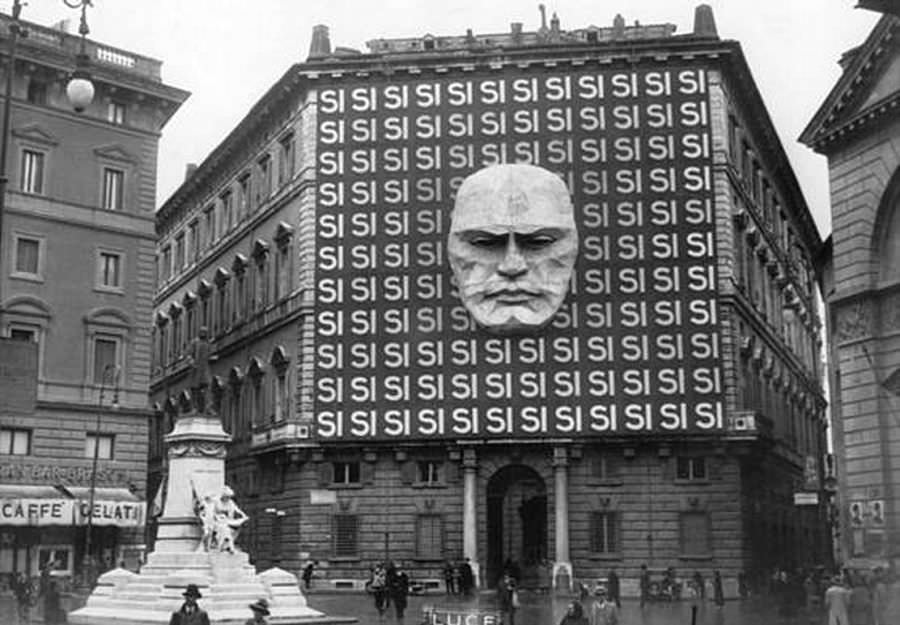 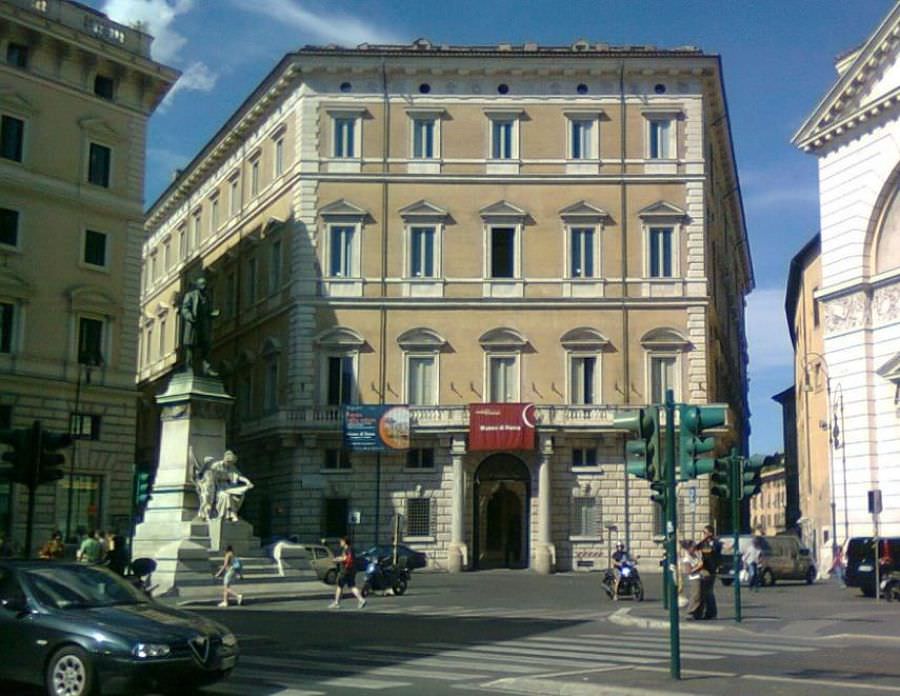 A creepy looking head on the building, like something from 1980's movie Tron. 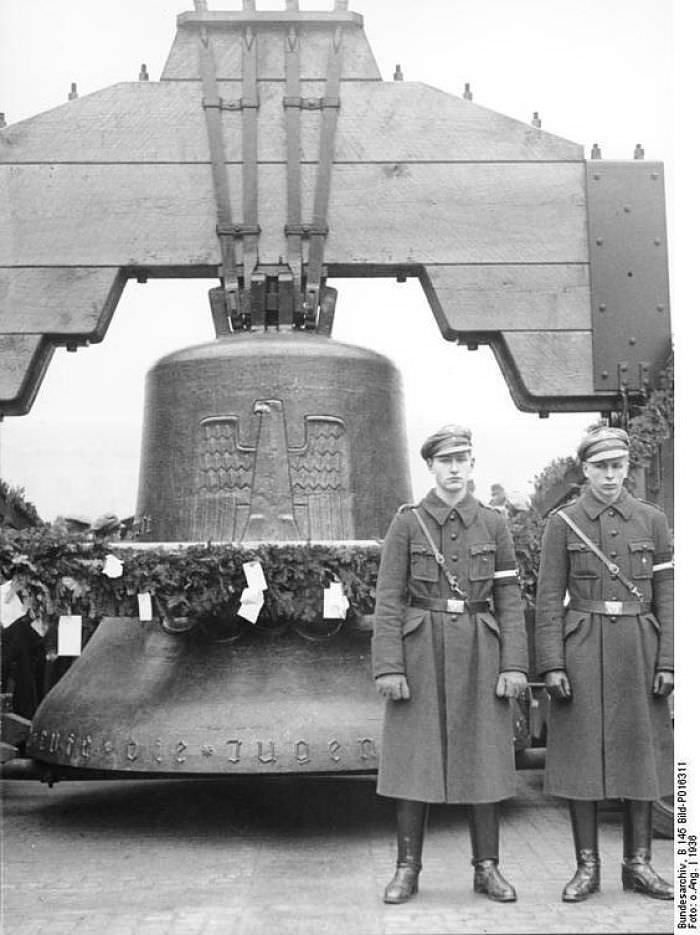 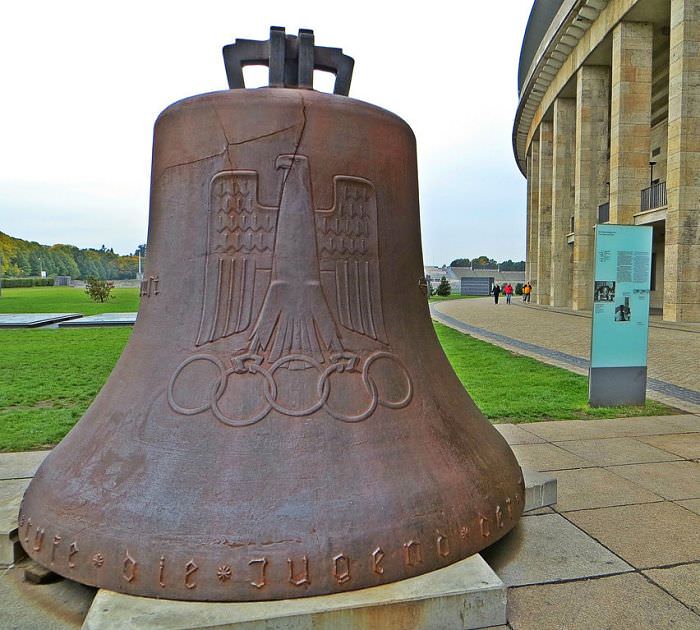 I'm a bit surprised that, given politics, it has been allowed to remain on site despite its historical value.

mTk said:
I'm a bit surprised that, given politics, it has been allowed to remain on site despite its historical value.
Click to expand...

Hey mate, I have not been able to find out.
About the bell, only could add this:
The original 1936 Olympic Bell is now on display outside the Olympic Stadium. The bell has a German eagle holding the five Olympic Rings in its talons on one side, and the Brandenburg Gate on the other. The rim displays the Olympic motto "Ich rufe die Jugend der Welt" (I call the youth of the world). The bell also had two swastikas cast into the rim - these are still partially visible. 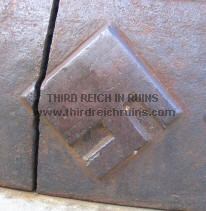 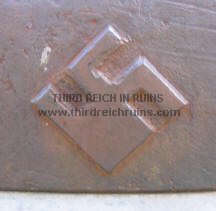 The bell was damaged during the war when it was accidentally struck by an anti-aircraft round fired at Allied bombers overhead. A long crack passing through the bell was the result of its falling to the ground when the bell tower was destroyed by British forces in 1947. Russian tank gunners used it for target practice after the war 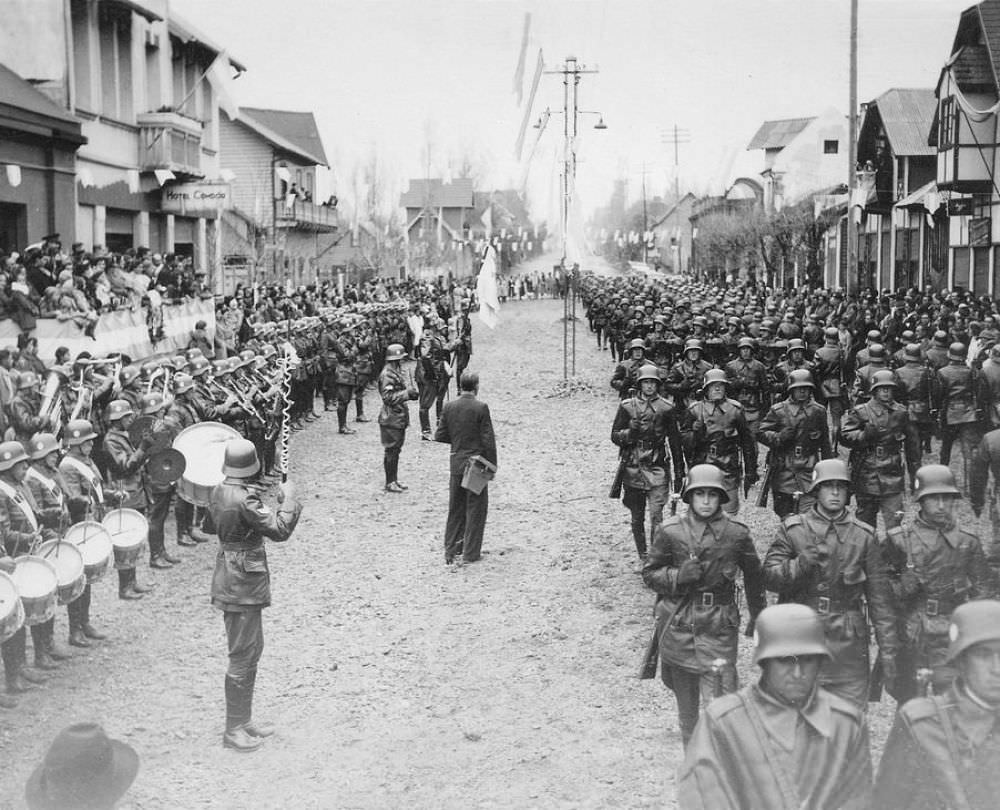 No, they are not german soldiers.
They are argentines, that was their uniform in the 30s. 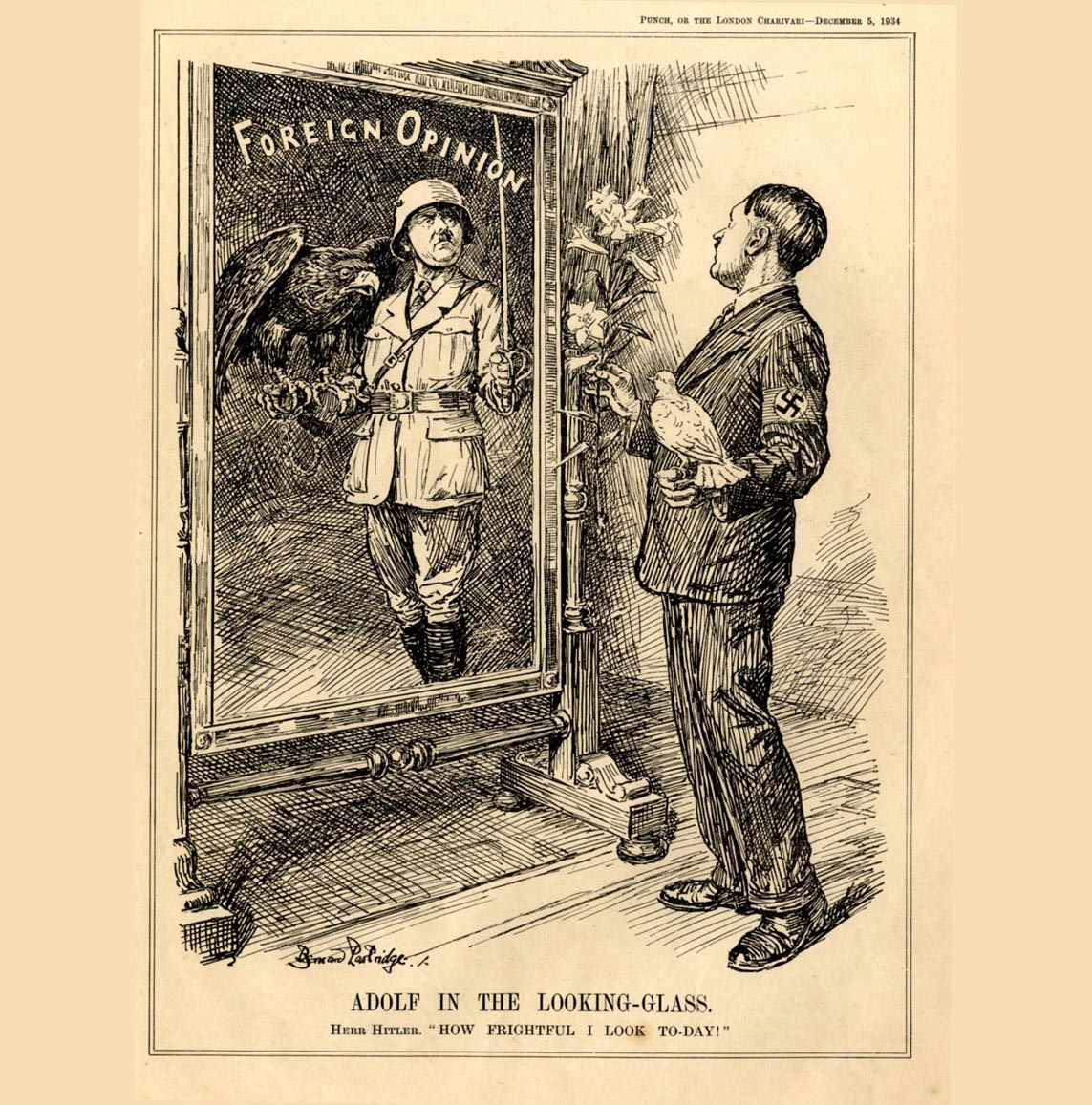 Repairing the hull of the Graf Zeppelin in flight / 1934 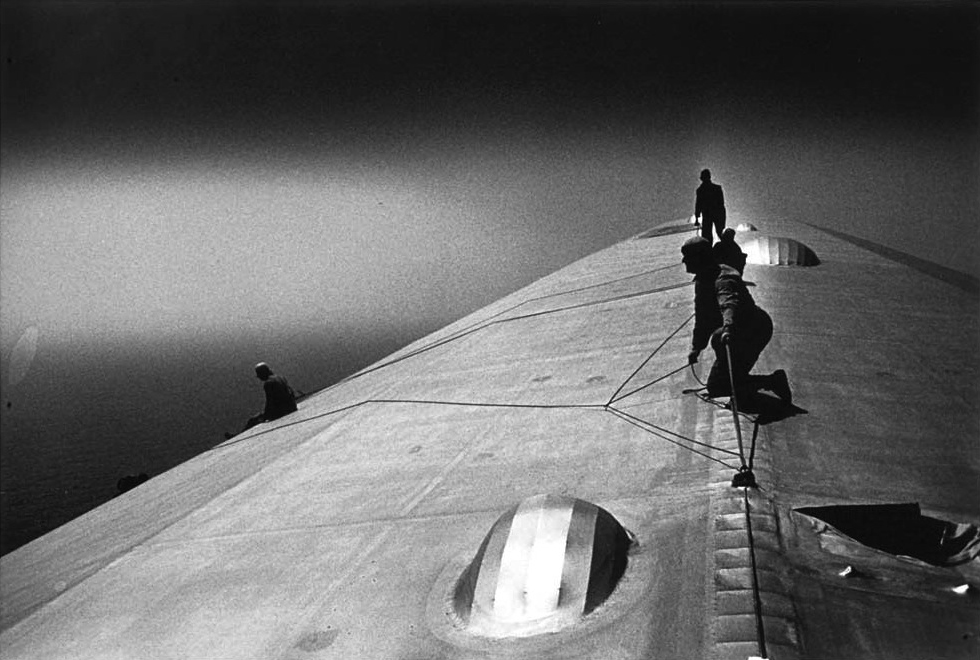